Combining classical training with the intense creative energy of graffiti, DISTORT has impacted the streets and galleries alike. Now living in Jersey City, DISTORT earned a BFA from the University of Pennsylvania and a Certificate in Painting from the Pennsylvania Academy of Fine Arts. In 2010, he presented his work in a solo show at the Works on Paper Gallery in Philadelphia. With subsequent shows in New York and New Jersey, his sculptural installations and paintings on canvas soon combined into his own original formats of “scrolls” and “shields.” DISTORT has completed murals in Miami, Istanbul, Los Angeles, Philadelphia, New York as well as locations across North Jersey. His most recent project, located just outside of the Holland Tunnel, is one of the largest murals in New Jersey. DISTORT continues to create challenging work inspired by his admiration of classicism and the intensity of the present. 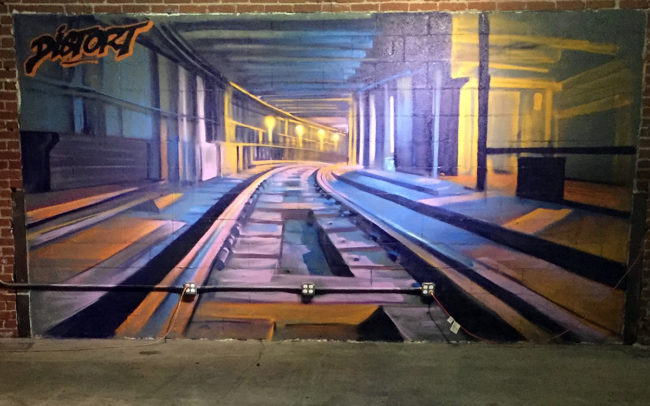 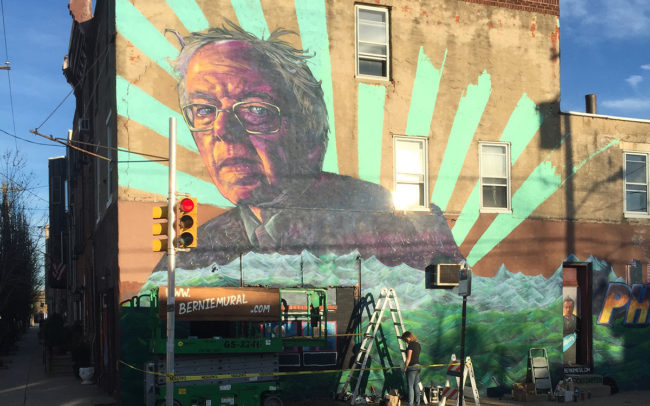 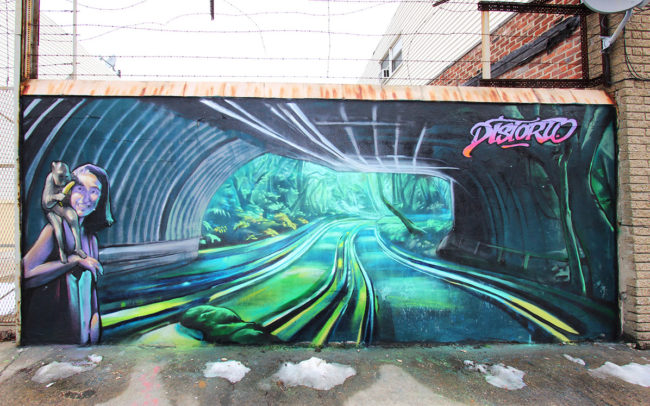 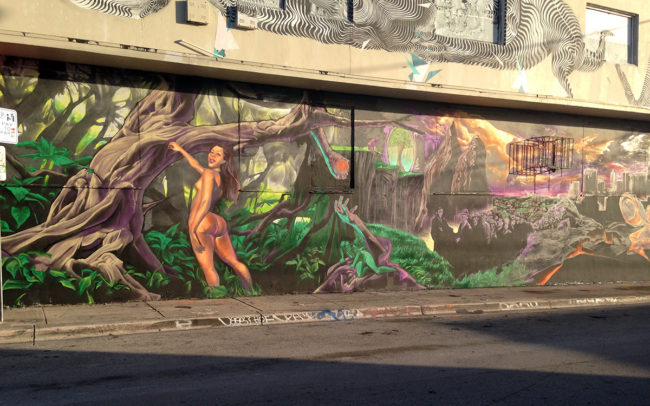 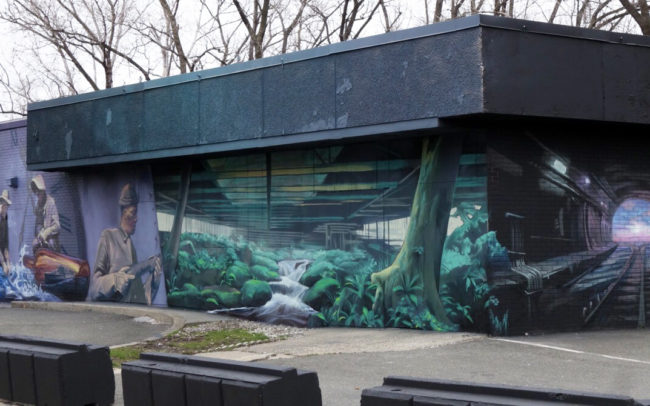 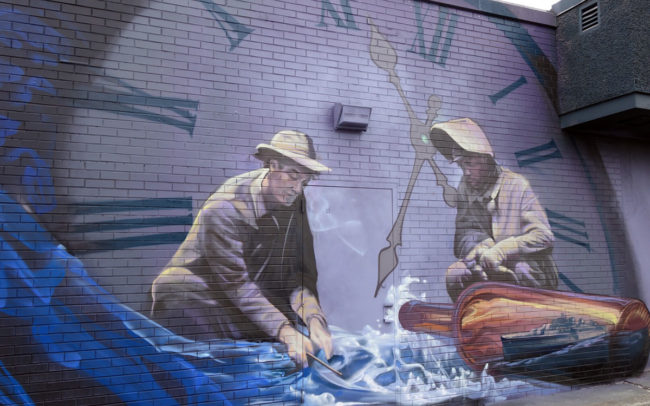 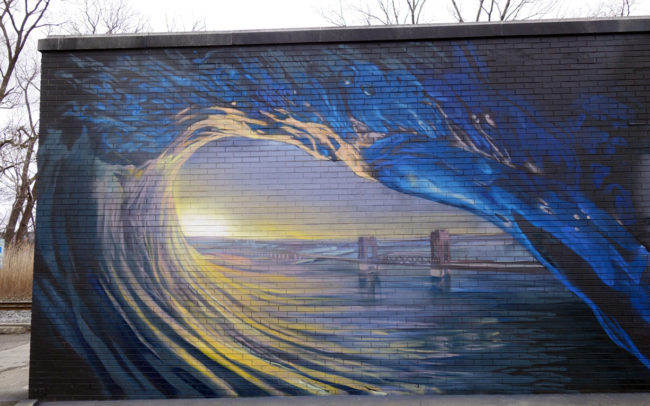 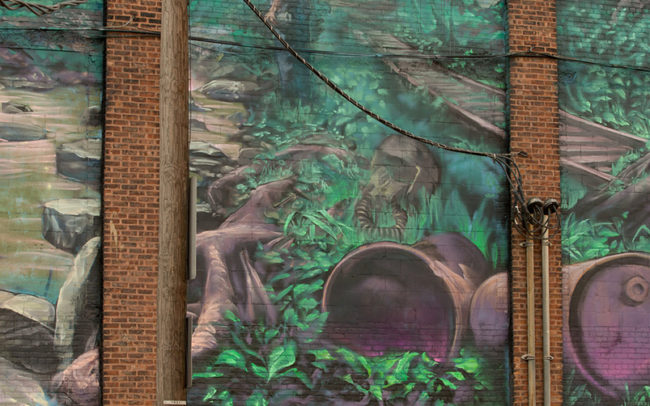 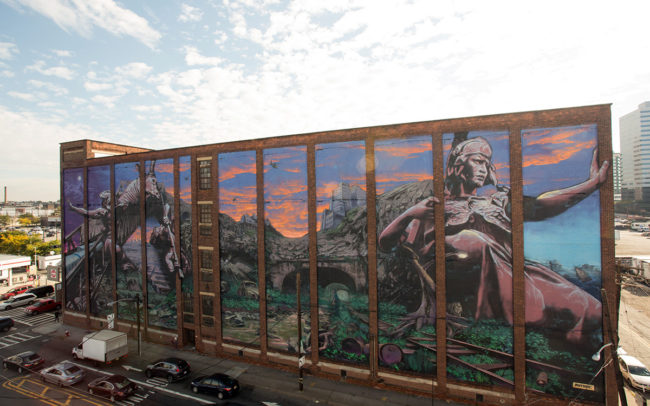 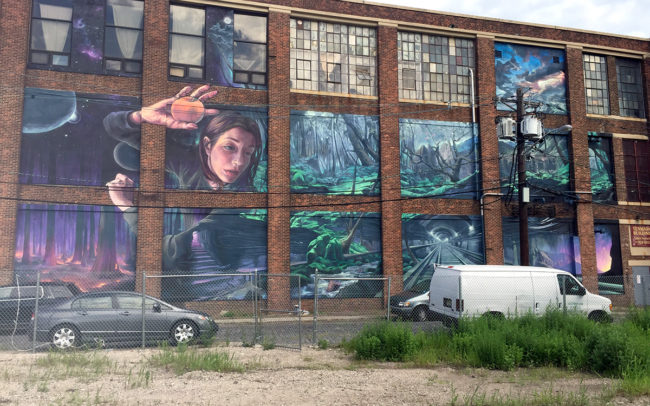 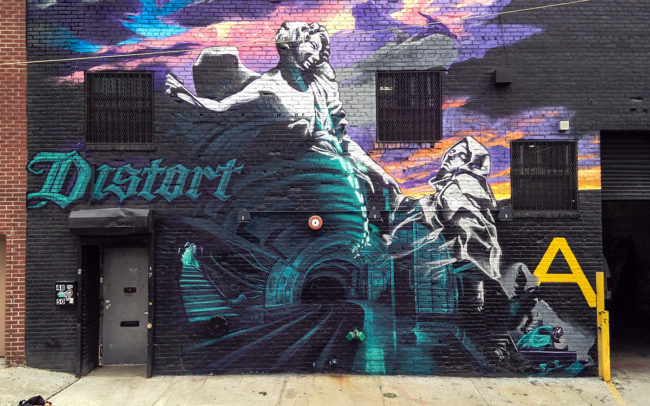