Elle is a female graffiti and street artist turned muralist based in between Brooklyn and LA, noteworthy for her use of diverse mediums and tools on the street including but not limited to; fire extinguishers, rollers, aeresol, markers, acrylic and silkscreens to create a variety of tags, fills, murals, wheatpastes, sculptures, and bus shelter AD replacements. She has illegally scaled and painted billboards along the Brooklyn Queens Expressway freeway, installed pieces inside and outside of the Urban Nation Museum in Berlin, exhibited at Saatchi Gallery in London and had a 200 foot video projection on the facade of the New Museum in New York. In Spring 2014 she had a collaborative solo exhibition with renowned photographer Martha Cooper. 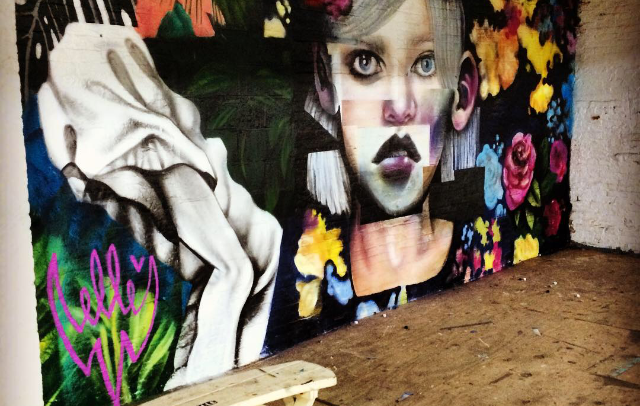 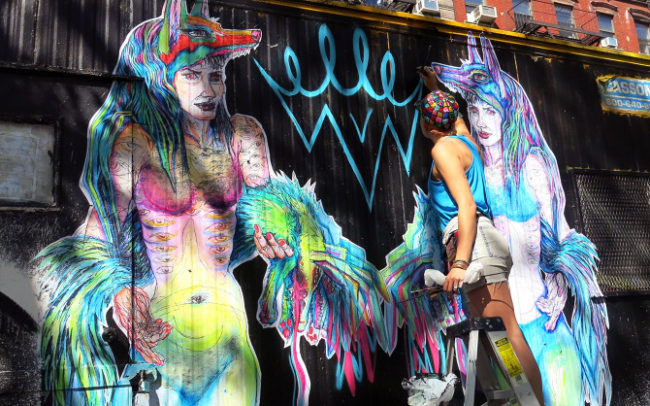 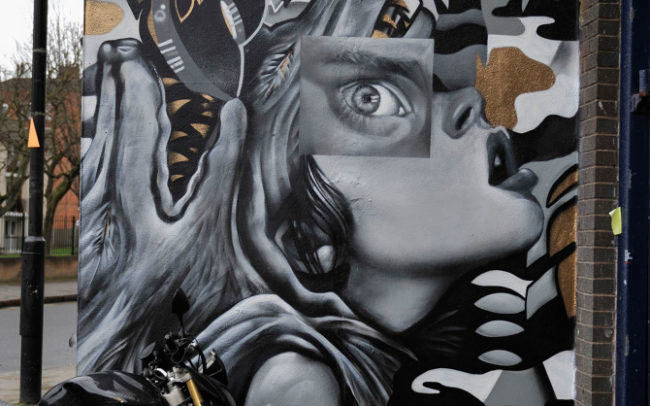 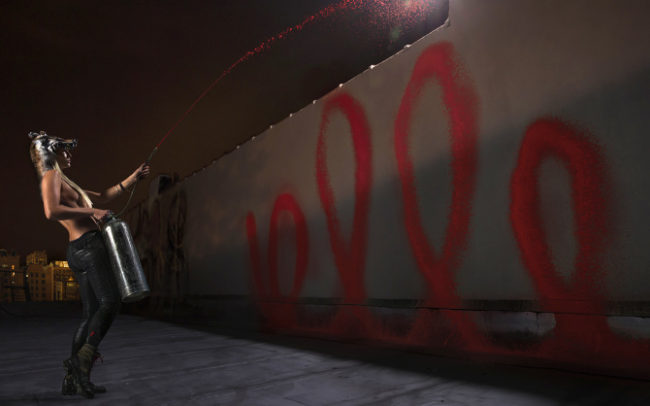 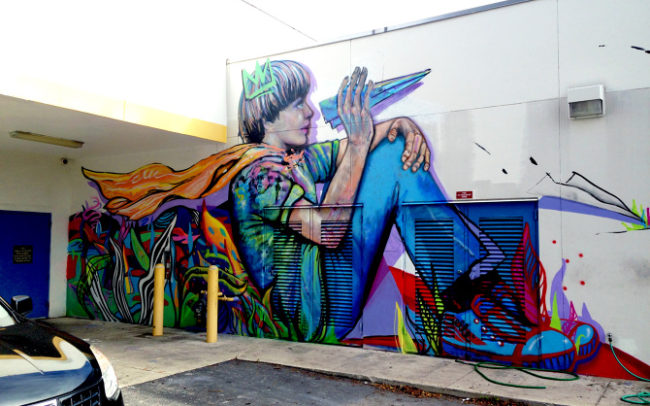 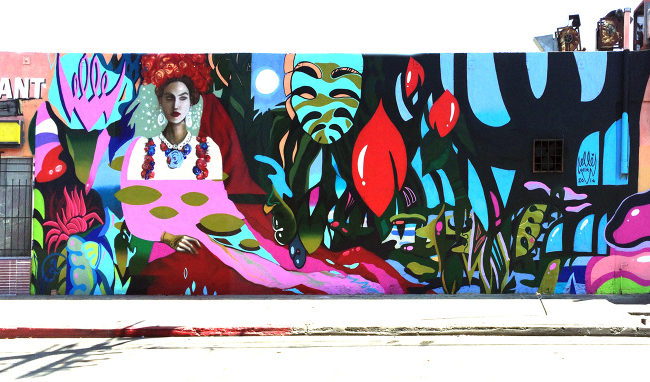 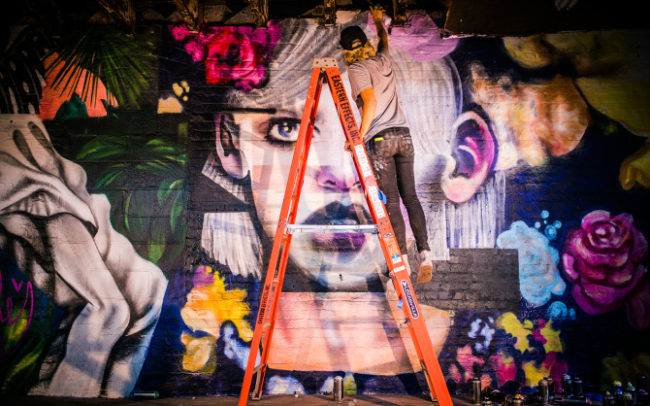 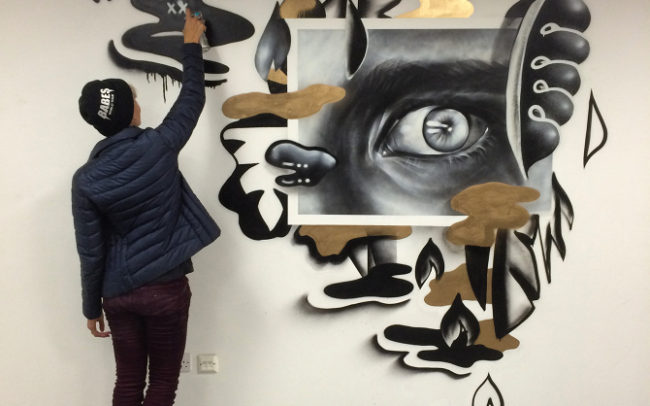 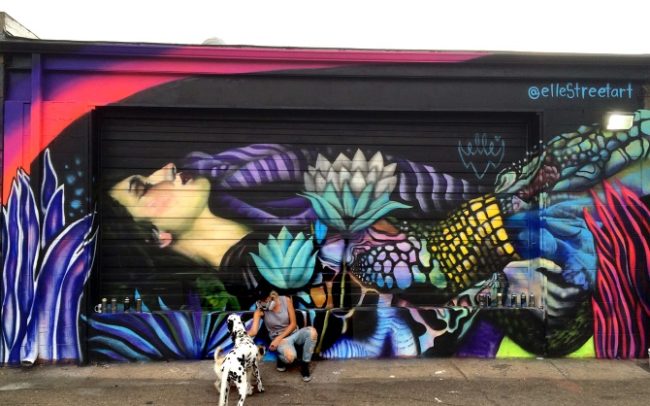 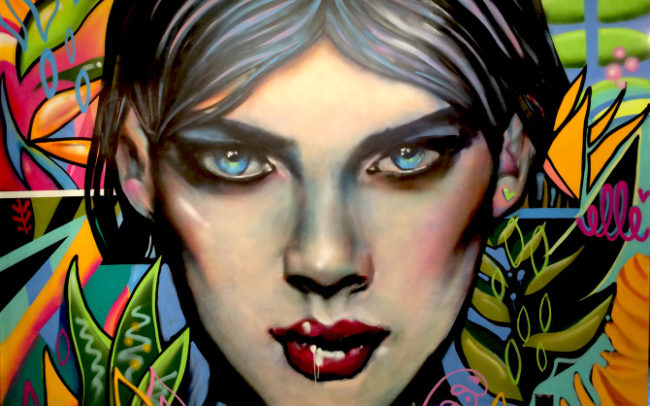 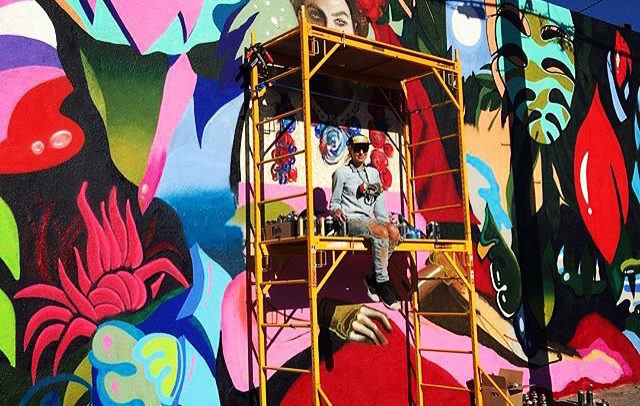 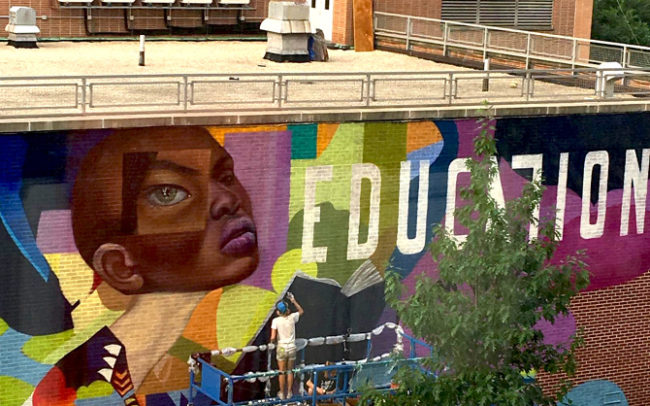 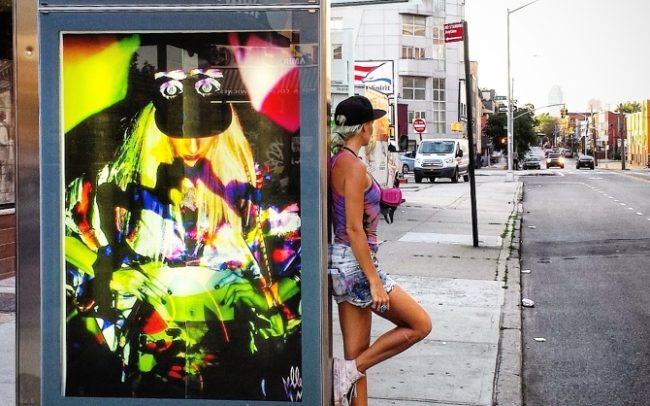 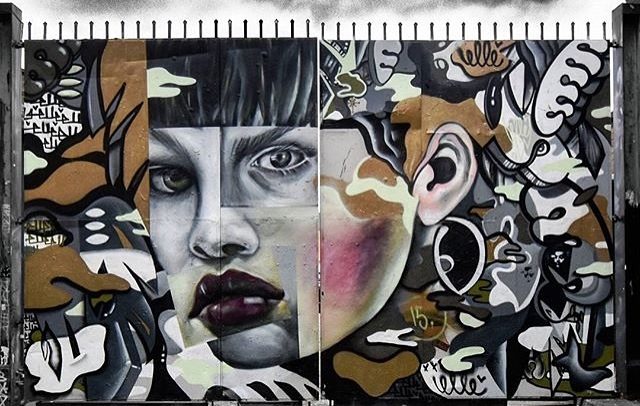 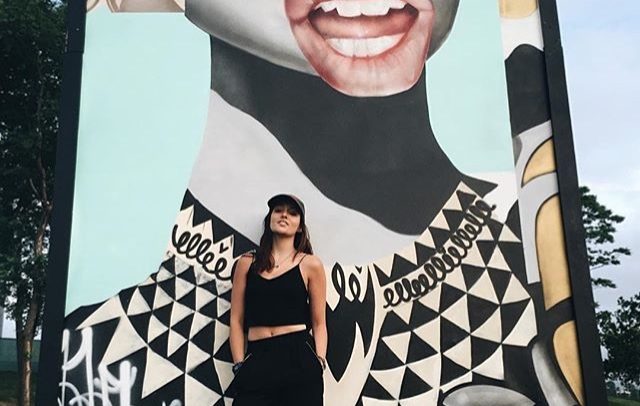 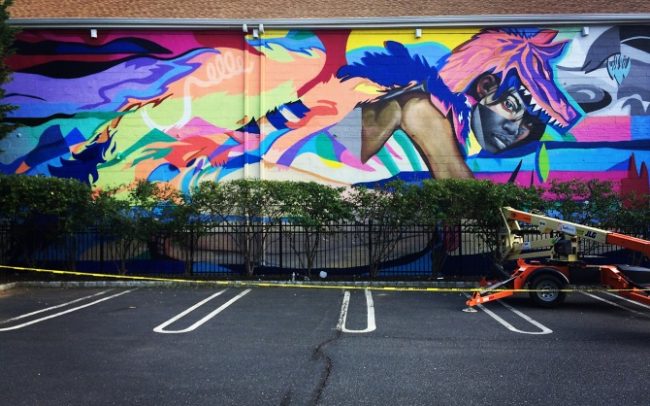 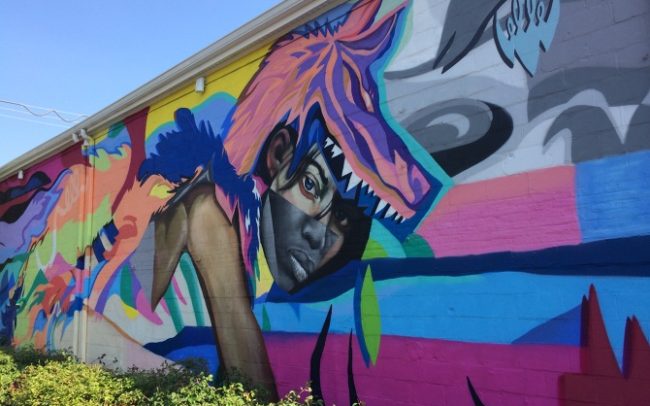 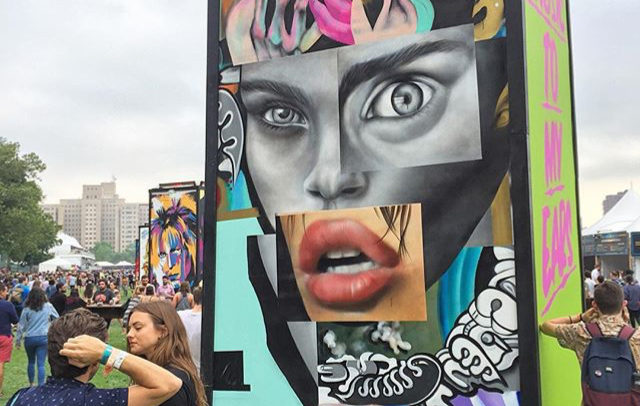 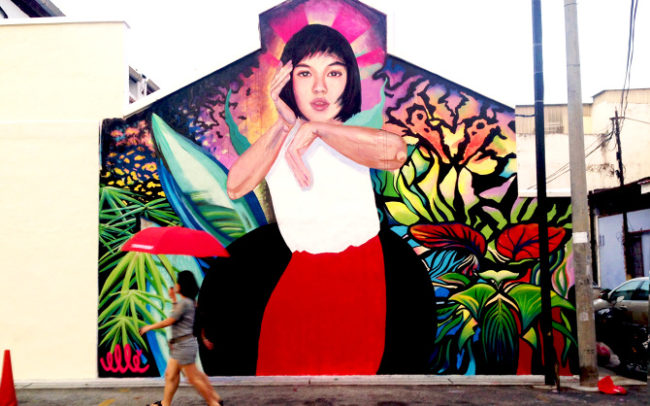 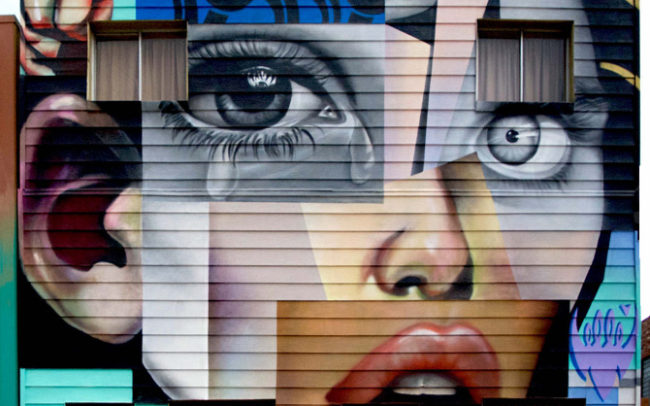