Fred Kaems is a multi-disciplinary artist from Milwaukee, Wisconsin. He has experience as a  painter, muralist, designer, and maker. He was fascinated by graffiti as a youth and tried to learn as much as he could in that pre-internet time, and by his mid teens he had started painting graffiti regularly. The vast range of surfaces and conditions that he was painting on taught him much that plays into his current work. The large scale nature of graffiti and spray paint have also translated well to his work as a muralist. His work has evolved from simple letter forms to highly detailed images of all manner of things including, animal, vegetable, and mineral.

He has painted numerous walls for a wide range of clients and organizations around Milwaukee and the Midwest. These murals come in all shapes and sizes with some as large as several thousand square feet. With each piece he tries to create a unique image that perfectly suits the location, the desires of the client, and the way it will be viewed after he leaves.

At the end of the 90s he had started to create simple one or two color stencils that were meant to be quickly sprayed out in the city. Those have since morphed to his current studio work that can require many layers, sometimes 20 or more for one piece. Having a love for patterns you often see them stenciled into his work. These started with generic patterns that he would find, and have developed to use ones that he has designed himself. They have been evolving into his current portal series that is both on canvas and walls. These works play with depth and shadow, and create a tromp l’oeill effect. In the past few years he has been painting these patterns on walls as well, creating an almost wallpapered effect.

Kaems earned his BFA from the University of Wisconsin – Milwaukee in Digital Studio Practices; this is coupled with a certificate in Digital Fabrication and Design and also a Minor in Art History.

He has won awards including the Harold Milbrath award for Technical Thinking, the national Design Award from INFY Makers, and an award for excellence in research at the University of Wisconsin – Milwaukee. 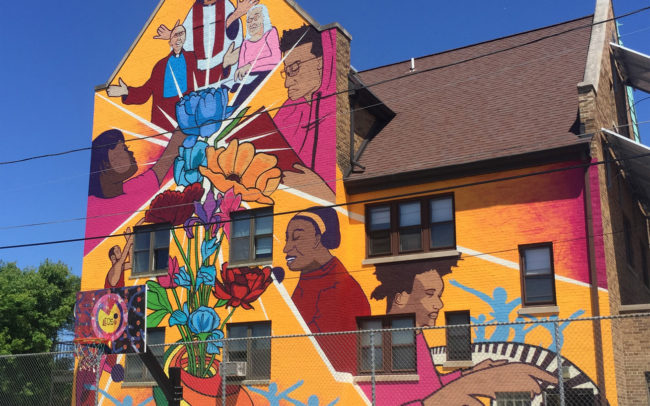 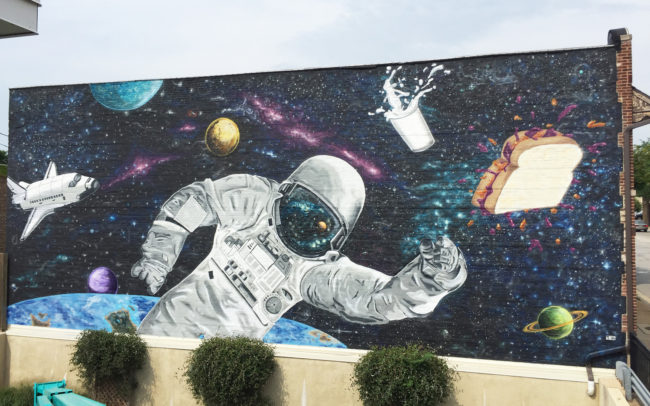 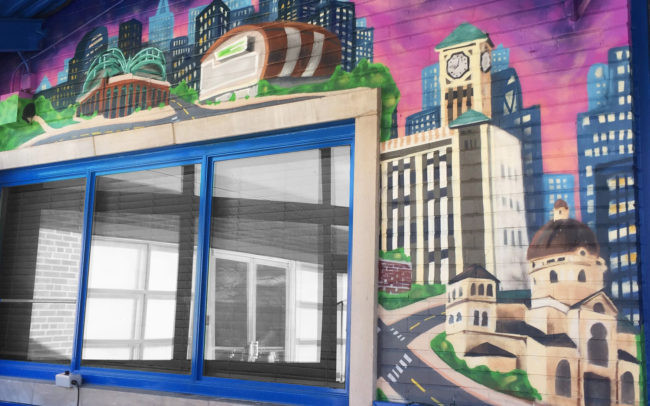 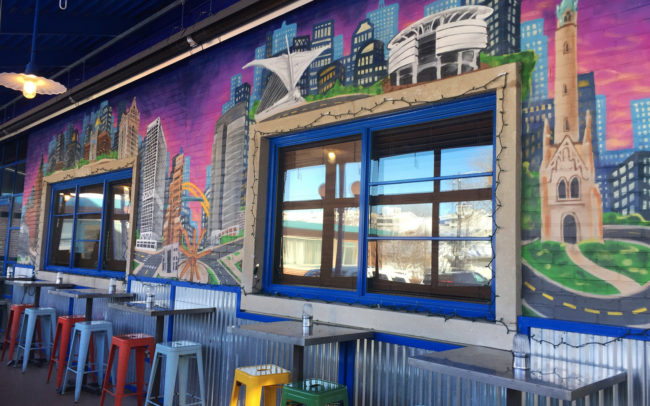 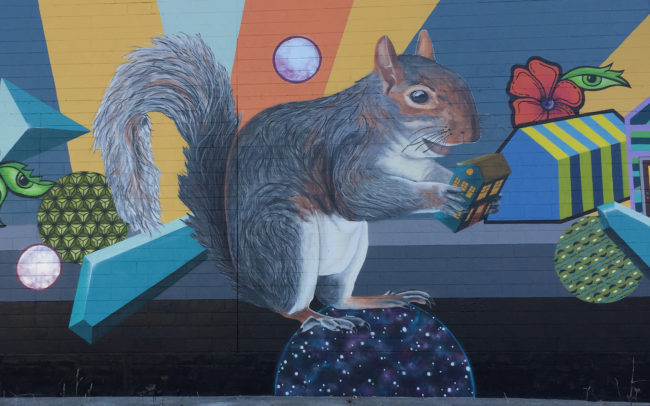 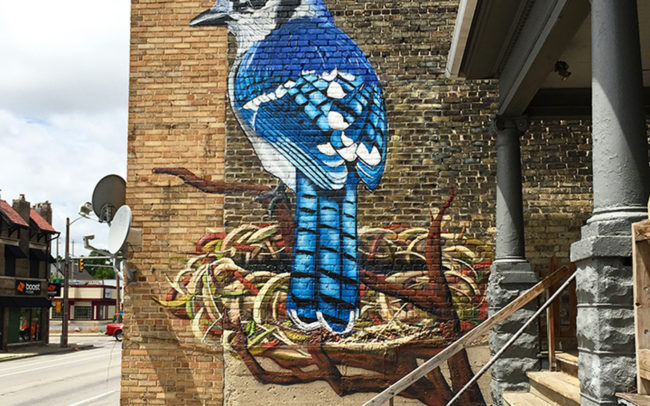 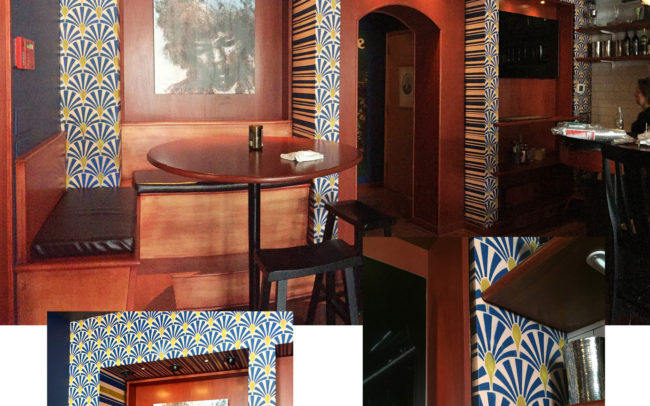 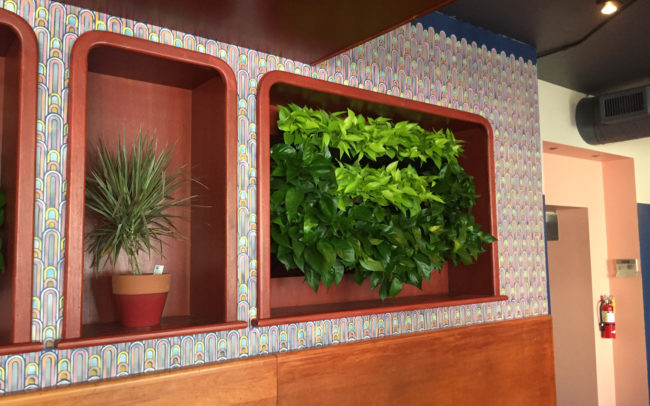 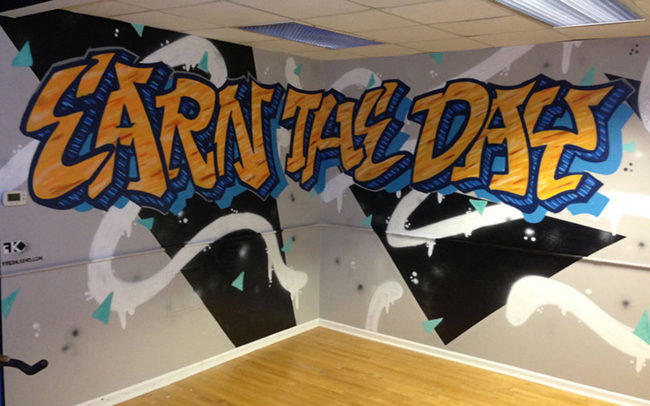 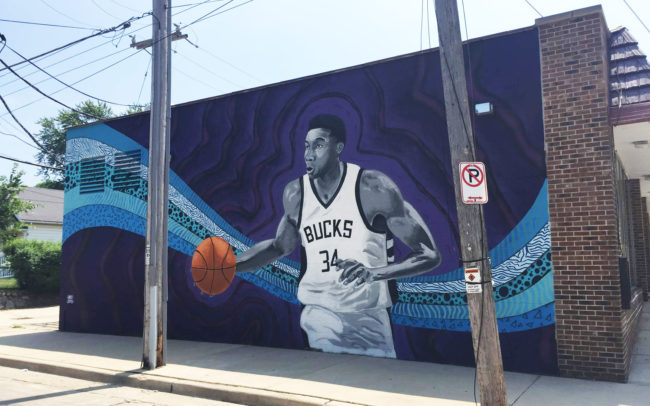 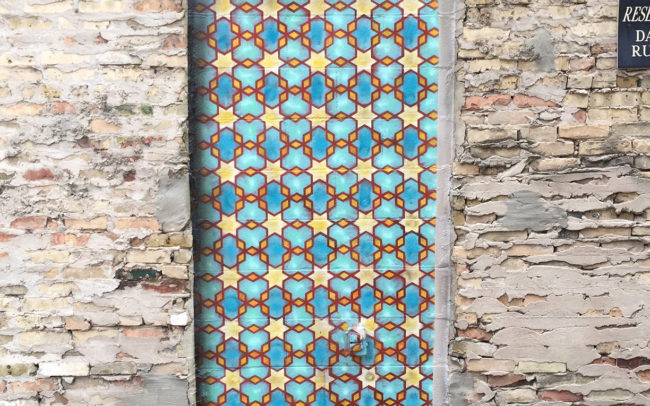 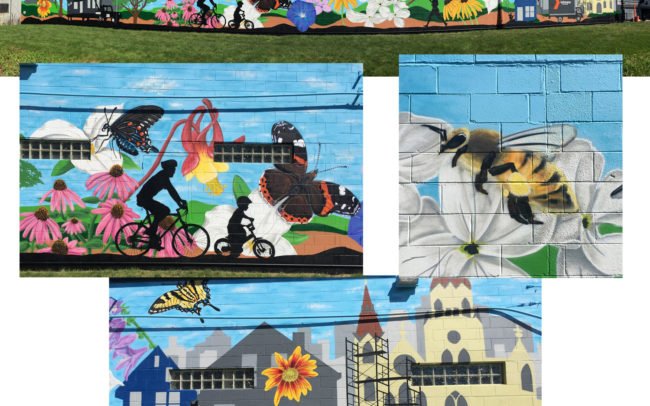 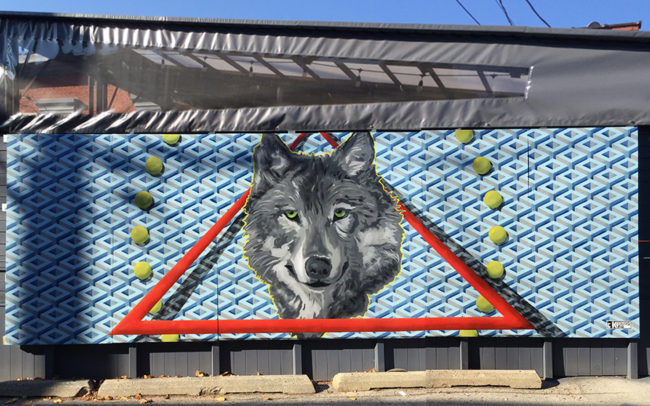 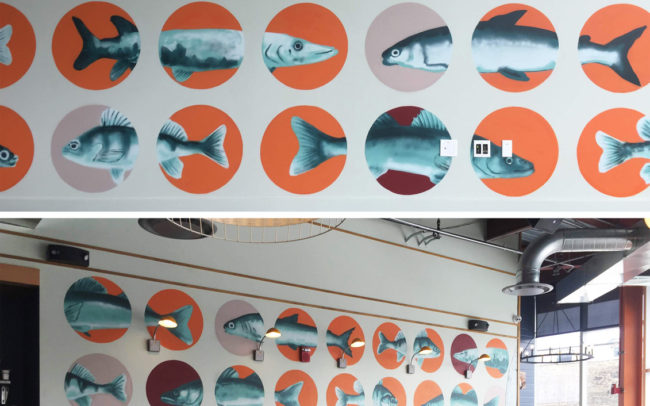 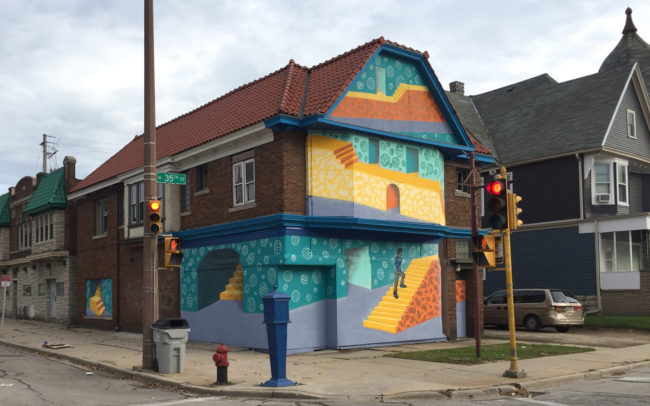 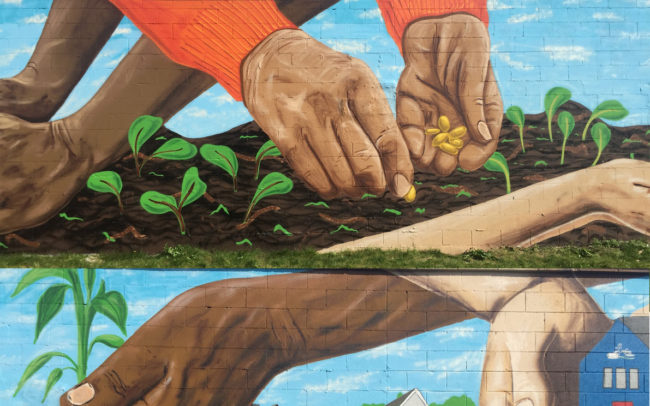 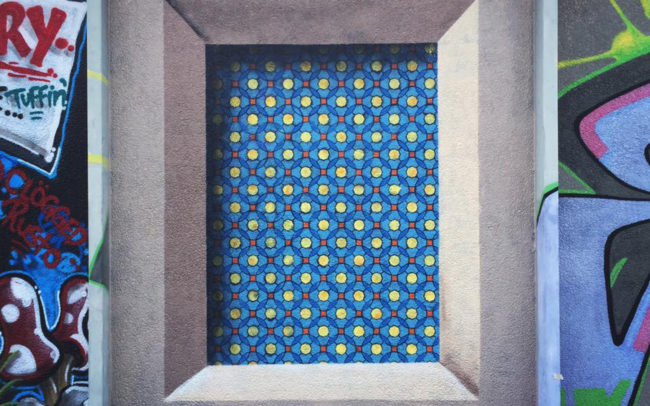