HuskMitNavn (Remember My Name) was born in 1975 and raised in Taastrup. He graduated art school and started with graffiti roots in the 1990s but only became known in 2001 under the name HuskMitNavn.  The multidisciplinary artist illustrates his iconic figures into comical situations which reminds the viewer of the humor our daily routines, politics and advertising.

HuskMitNavn’s artistic practice varies from graffiti in public spaces and illustrations for print media to paintings and drawings, which are presented by international galleries and collected by public art institutions.  HuskMitNavn has had numerous gallery and museum exhibitions, including at The Hole and at the V1 Gallery. Several works by the artist have been sold at auction, including ‘A couple with the woman yawning’ sold at Bruun Rasmussen Bredgade ‘Modern Paintings & Sculptures’ in 2013. There have been Several articles about HuskMitNavn, including ‘New Book Release: Huskmitnavn “Offline”‘ written for JUXTAPOZ in 2013. 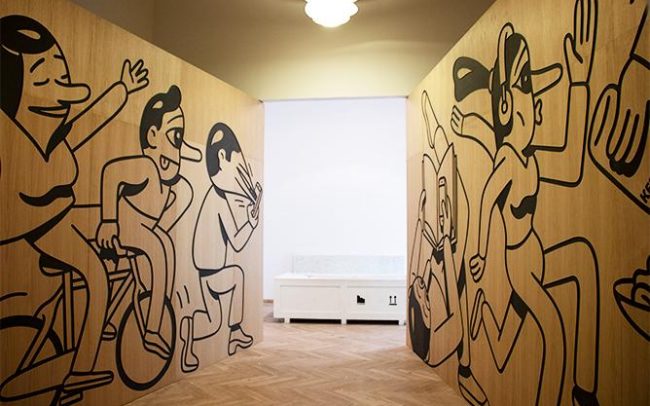 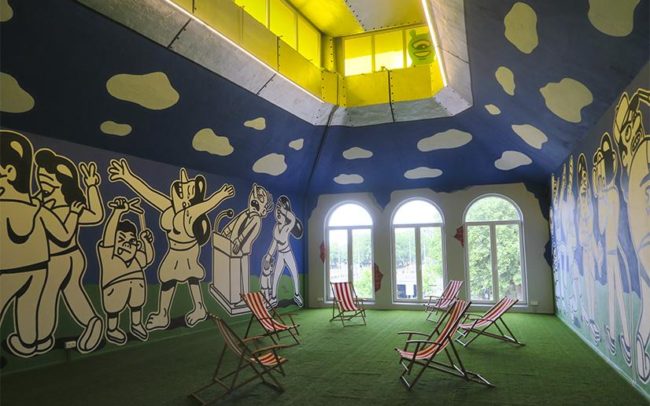 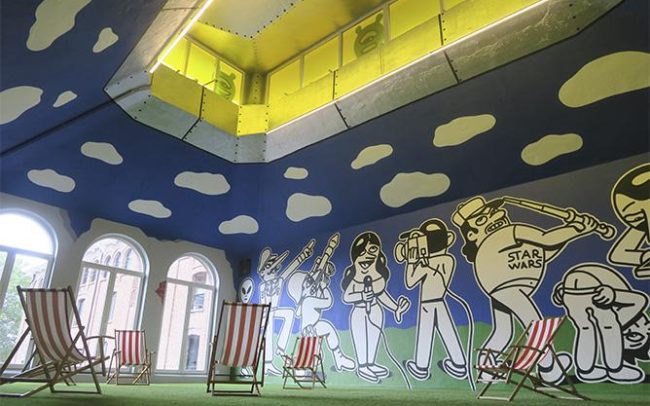 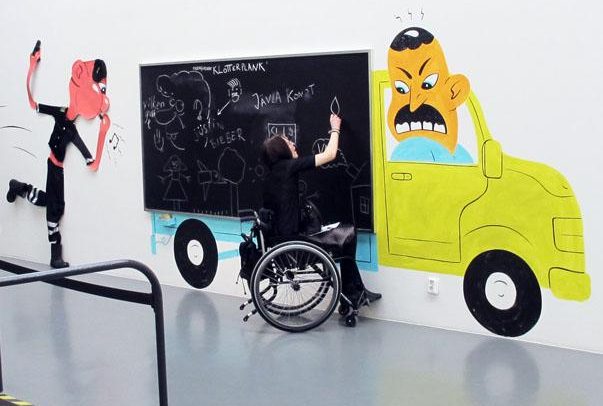 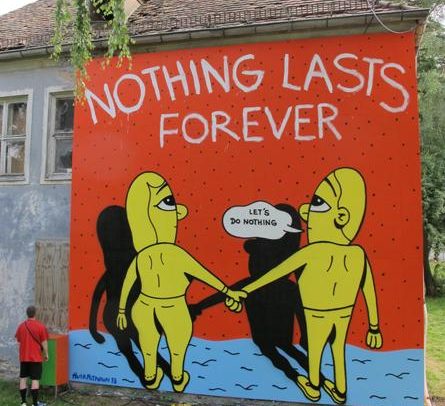 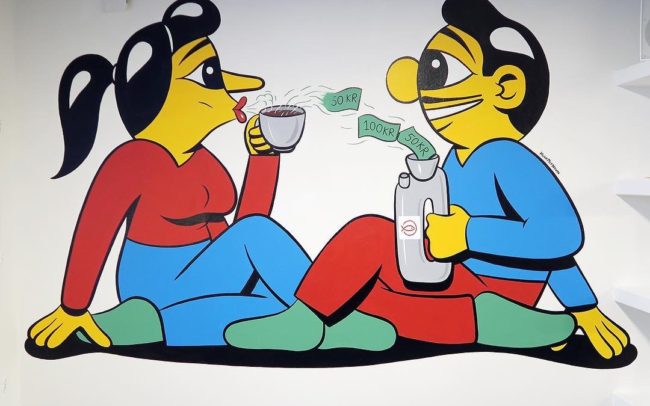 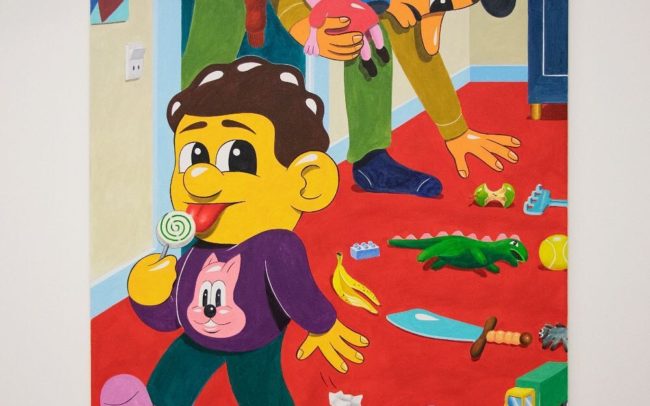 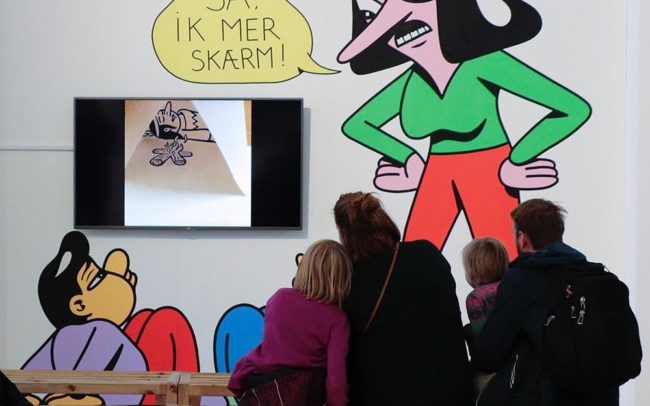 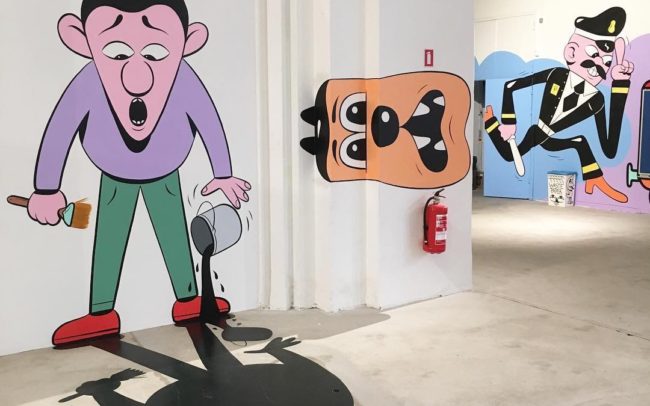 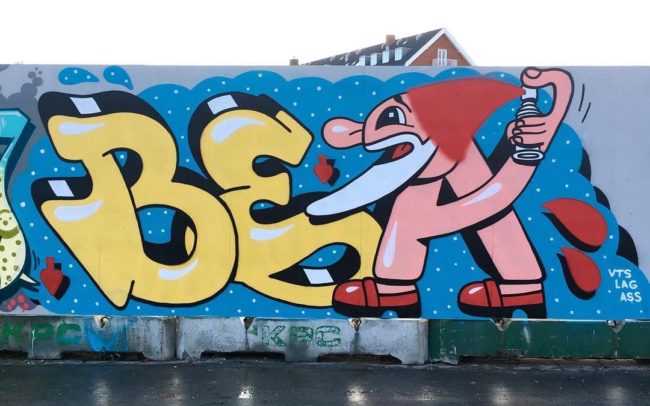 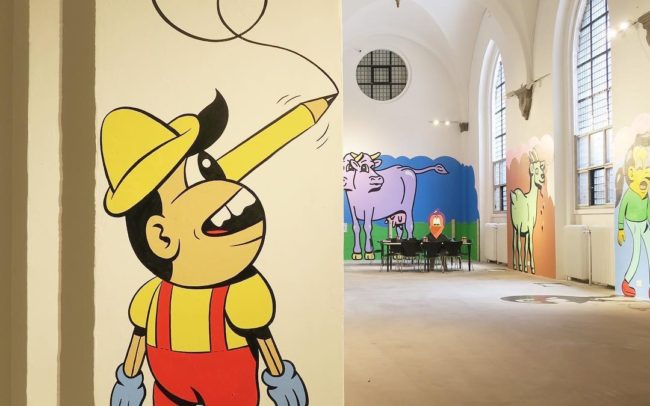 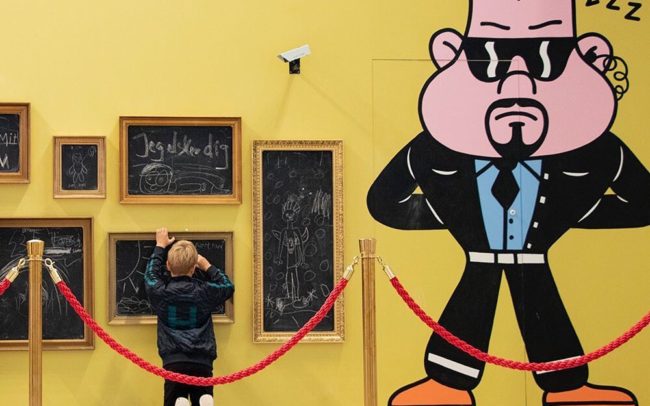 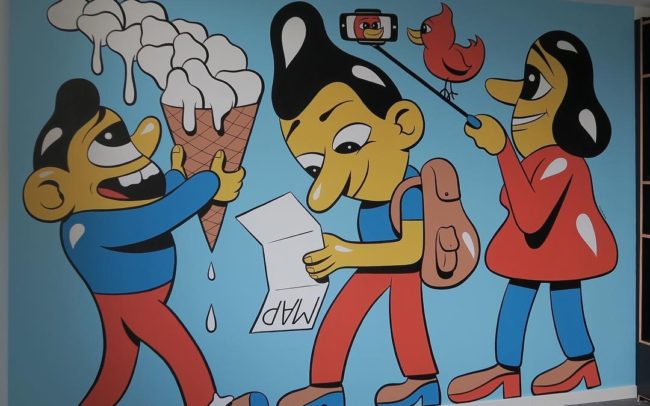 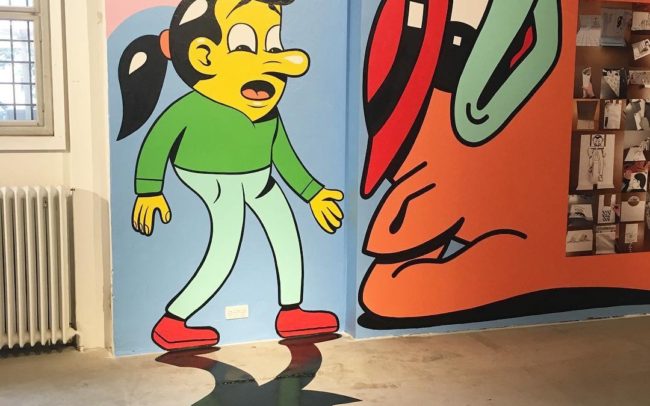 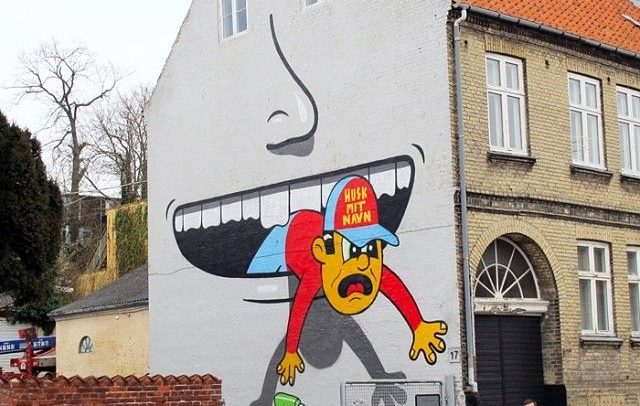