JC Rivera is an artist based out of Chicago known famously for his character The Bear Champ. He’s been illustrating, painting, and doing anything and everything art for the past 10 years, having worked in the past as a cartoonist, toy designer and graphic designer. More recently, his work focuses largely on creating murals and street art. From Pilsen to The Loop to Wicker Park, JC is painting the streets of Chicago and around the World.

In addition to his commissioned work, you can often find JC in collaboration with some of his favorite artists. He’s been a contributor on projects like Matthew Hoffman’s “You Are Beautiful” campaign and “The Numbers Project” in Logan Square. His work has been featured in many places, including local spaces like Galerie F, various magazines, galleries throughout the world, and multiple online sites. 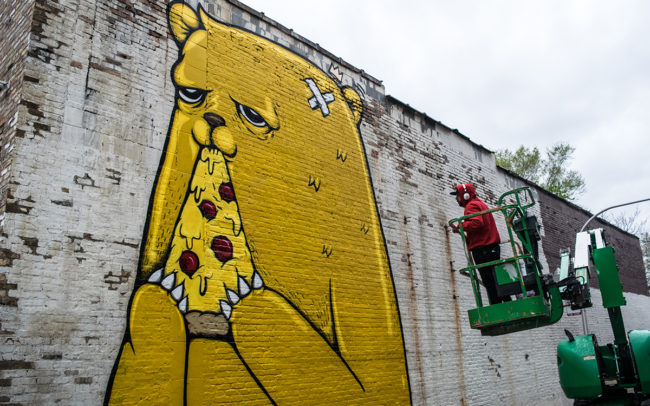 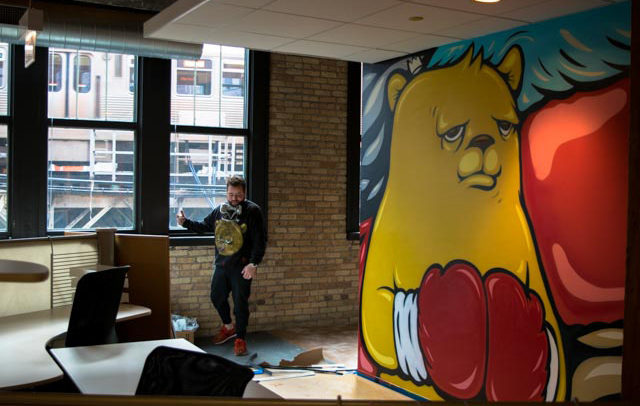 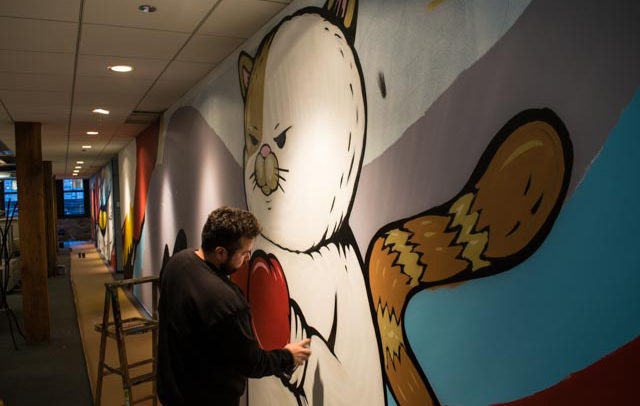 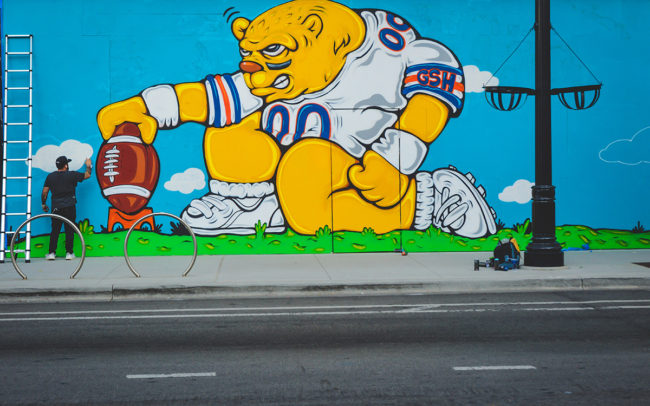 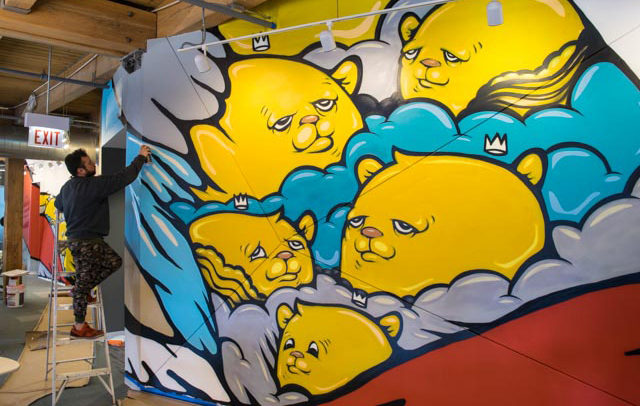 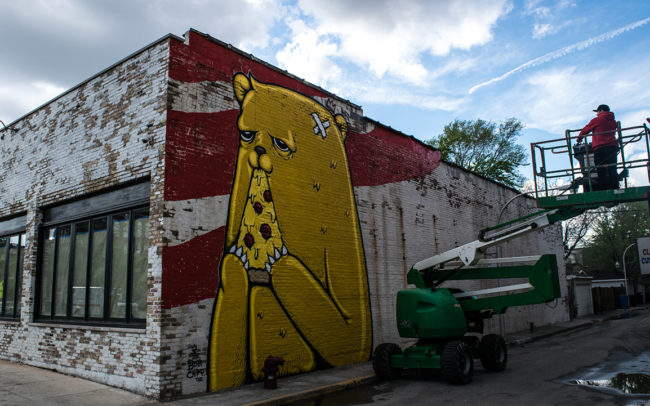 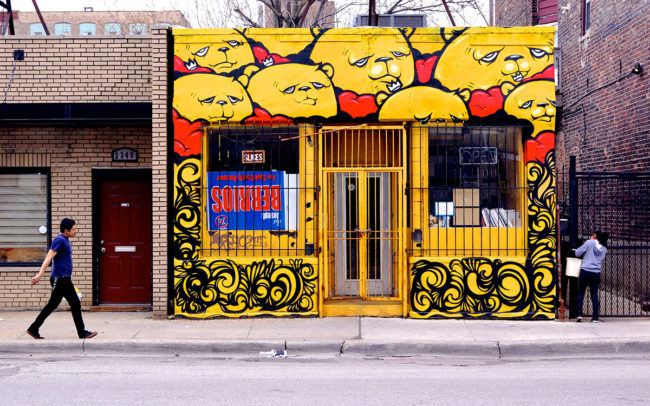 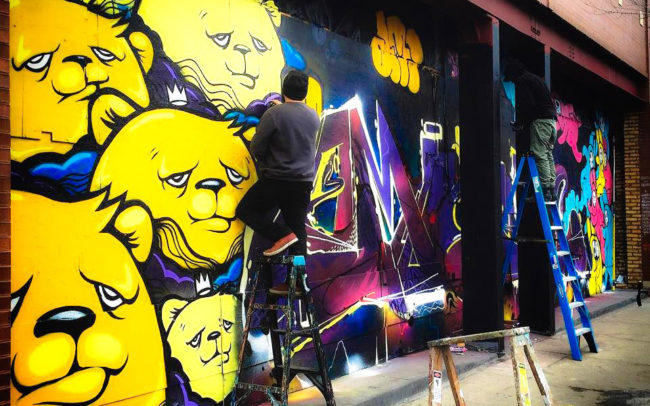 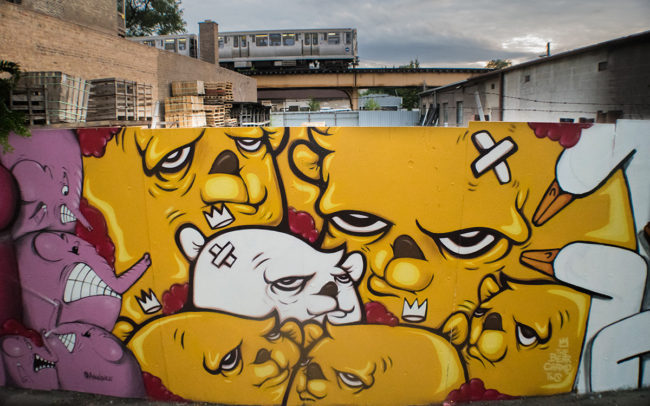