Jet Martinez’s paintings reinterpret the Mexican folk art of Amate paintings, which depict birds and other animals within bright botanical scenery. Though stylized in a flat, graphic manner, the use and application of color create vibrance – static imagery celebrating life at its most ecstatic. Martinez begins with a traditional rendering, and then integrates his own visual language.

Jet Martinez  lives and works in Oakland and San Francisco, CA, where he is currently the art director for the Clarion Alley Mural Project (CAMP) in the Mission District. Jet received his B.F.A in Painting and Printmaking from the San Francisco Art Institute in 2001 and studied Spanish Literature at the University of Colorado, Boulder (1992-1995). Jet Martinez is the recipient of the San Francisco Arts Commission’s Art in Grant (2009), the Port of Oakland/ Oakland Arts Council Grant for Artists (2005), and the Ivan Majdrakov Award in Painting, SFAI (2000-2001). 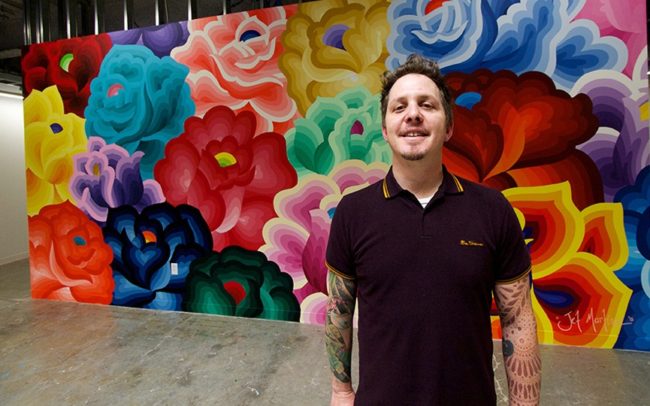