Until it closed its doors on Ludlow Street in July 2013, Max Fish was a local hangout for the artists, musicians and skaters that has epitomized the downtown scene for 25 years. The Lower East Side has always been our stomping grounds, and as a longtime purveyor and patron of lower Manhattan—(you could often find someone from the Klughaus staff on a Fish barstool)—it immediately felt right to collaborate with owner Ulli Rimkus and the rest of the Fish family for a special Basel event.

As downtown continues to transition, we especially welcomed the chance to partner with the Fish as another bastion of old school New York that is carving out a space somewhere between what NYC was and what it’s becoming.
To celebrate this conjoining of both the old and the new, Klughaus and Max Fish joined forces to enact a major NYC takeover of Art Basel Miami Beach by way of a week-long pop-up bar and art exhibit in South Beach. Klughaus helped the Fish transform an existing South Beach venue into a Miami-inspired version of the original Max Fish in New York, with the help of DKNY and DKNY Jeans. Ulli Rimkus and original Max Fish designer Gregg Woolard fish-ified the venue’s interior with the Fish’s iconic blue and red circles and hanging clouds and Klughaus curated a huge show of NYC-centric works featuring Wane Cod, Meryl Smith, Dan Santoro, and many more.

Klughaus also asked The Yok & Sheryo to hook up the bar’s outdoor courtyard with a Max Fish…fish. Smart Crew painted a handful of other murals both inside and outside the venue, including a ‘DKNY’ mural—an ode to the iconic DKNY mural in Soho (RIP). And of course, it wouldn’t be a true Max Fish without graffiti in the bathrooms. Klughaus got things started and left enough wall space for the crowd to fill in over the week—which they most definitely did. 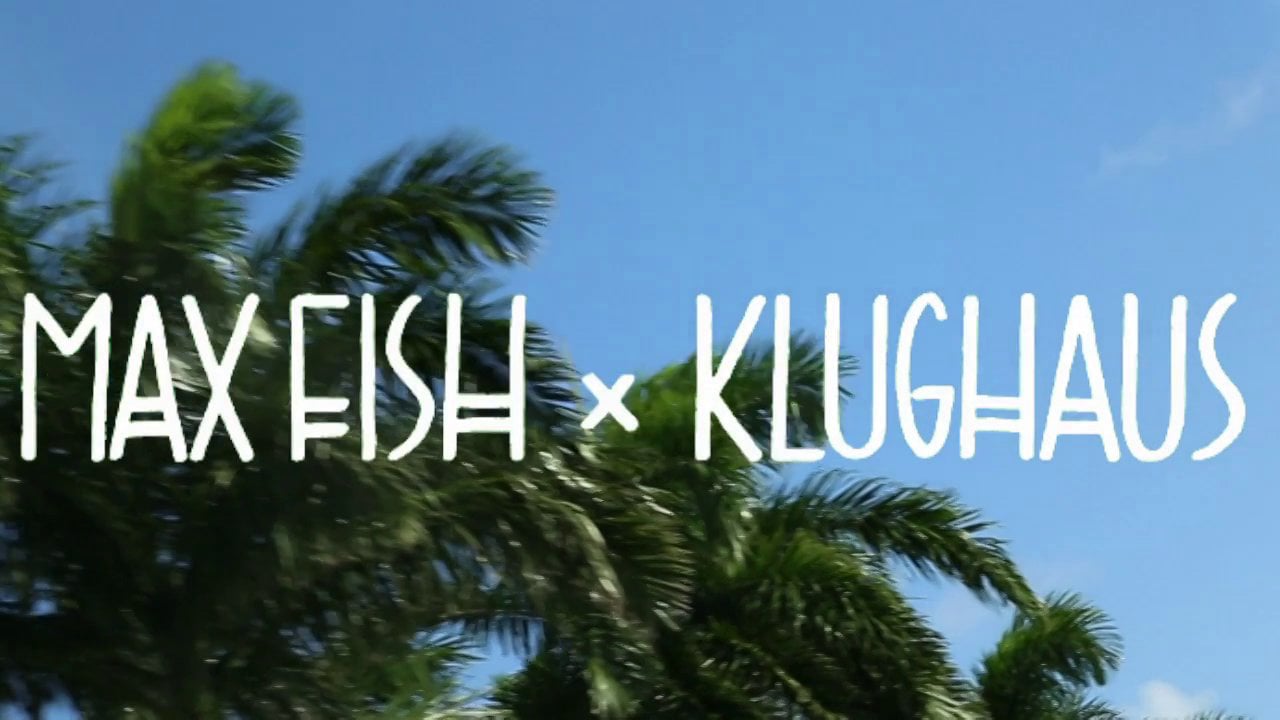