Klughaus made its Art Basel Miami Beach debut in December 2012 with a one-of-a-kind mobile art installation that featured multiple 24-foot box trucks painted by several Klughaus artists. To maximize our exposure and make an unforgettable mark on Art Basel, the trucks traveled throughout Miami Beach and Wynwood all day everyday throughout the four days of the international art fair, sometimes accompanied by a live band that performed from the tops of the trucks as they drove up and down the streets of Miami.

The exteriors of each truck featured large-scale murals painted by Klughuas artists including: Jersey Joe/Rime, Anthony Lister, Vor138, Dceve (Smart Crew), Large, Kaput, Dzee, Seb Gorey, Aloy MSK, Toper and many others. We rotated the panels daily to feature different artists. In addition to the artwork itself, each truck was outfitted with sponsor messaging, and a band or mobile DJ and sound system. To familiarize the art world with our burgeoning gallery, maximize exposure for our sponsors, and promote our later December 2012 NYC show featuring Jersey Joe/Rime, we drove through the city’s busiest streets and parked near the festival’s best walls and events. The result was a moving party all over the city.

The traveling exhibit culminated in a final live painting event featuring Jersey Joe/Rime and other Seventh Letter Artists, and music from DJ Mr. Green, who dj’ed the pop-up using the back of the truck as a stage. 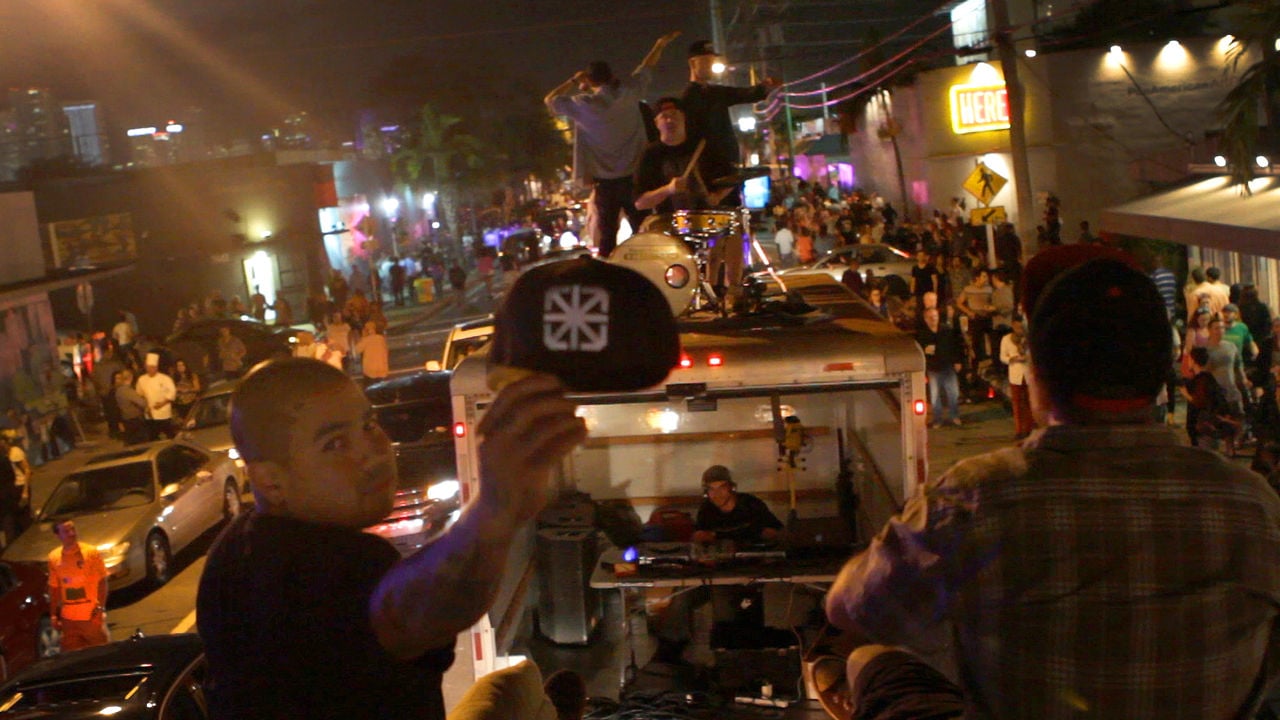