Donald Ross also known as “Scribe” currently lives and works in Kansas City, MO. The animated, public murals by Scribe are readily recognizable in Midtown Kansas City and throughout different part of the United States, Canada and down into Mexico where he has both painted murals and had gallery shows. Scribe incorporates a menagerie of animal characters developed over many years representing a particular, self-referential trait that he inserts in various scenarios. Scribe intersperses personal iconography, biblical and fairytale references, animation and metaphor in works intended as contemporary parables for public audiences, hence the use of his artist name and persona. Through accessible idiom and image, Scribe incorporates humor and play in the conveyance of serious messages regarding personal integrity, attainment of knowledge, and adventure. In the past five years scribe has been focused on a diverse career in art. He is currently the Art Director at Children’s Mercy Hospital in Kansas City where he does everything from graphic design, painting murals throughout four locations around the metro and managing large scale design and installation of a Terrazzo Flooring project.His most recent project was airbrushing the hospital owned Lifeflight Helicopter.Outside of his duties at the hospital Scribe paints murals around the United States and has been in gallery shows on both coasts and throughout the Mid-West, Canada and Mexico City. Apart from his gallery work Ross/Scribe has also had a children’s book published called “There’s an Octopus Under my Bed” sold in Barnes and Nobles and stores across the country which has recently sold out. He currently has two more books in progress due to be published in 2012. Scribe’s last focus in the past year has been on what is called the Urban Toys where he has had several figures released and sold out in 2009 based on his signature character “Rumpus” the rhino and “Sumego” an egotistical beaver. In 2010 the Resound Fields mini figure series was released and was made up of seven of his characters and several larger characters with Cardboard Spaceship out of Santa Cruz and Bic Plastics out of China. With the release of his children’s book and being a recipient of the Charlotte Street Fund Award, Ross/Scribe has done readings and small workshops with kids in book stores across the country to discuss the process of his illustrations, murals and story methods while also doing live painting demonstrations. He has also spoken in many High Schools, Libraries, and Youth Centers around the Kansas City Metro area and in Cincinnati,Ohio and Chicago, Illinois. 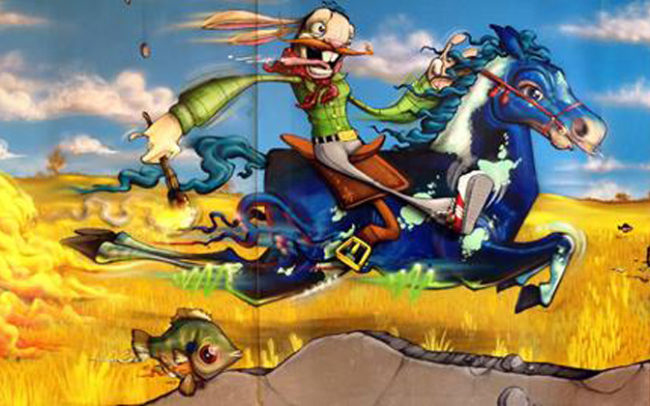 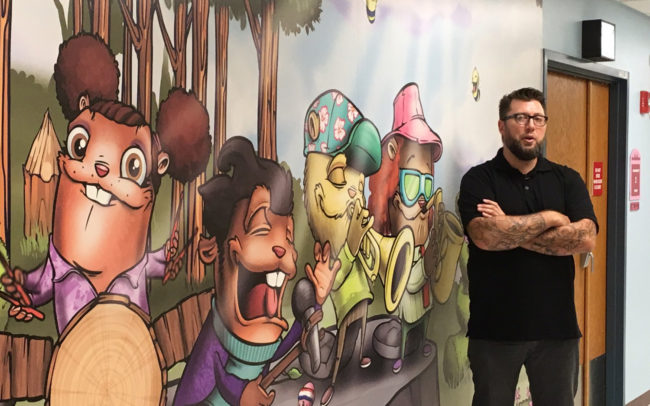 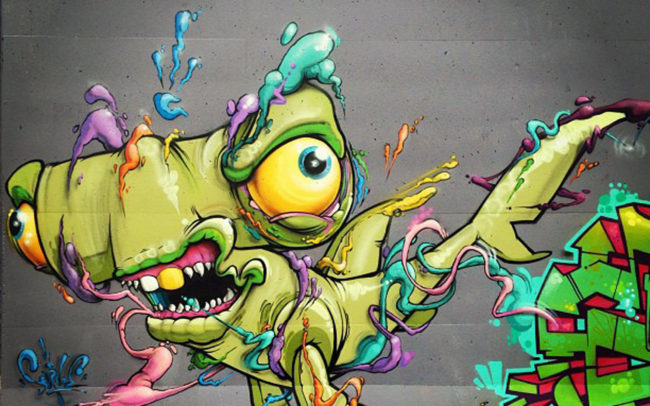 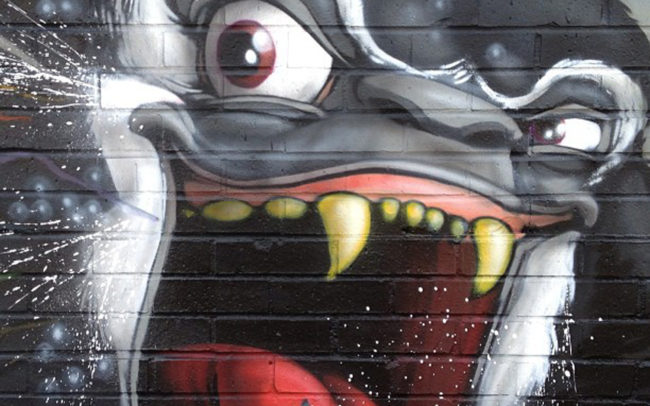 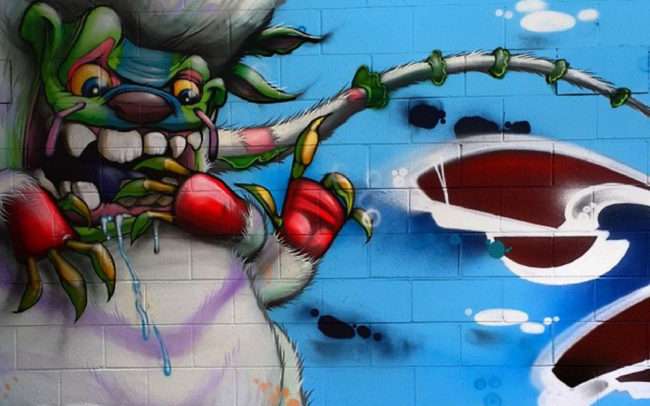 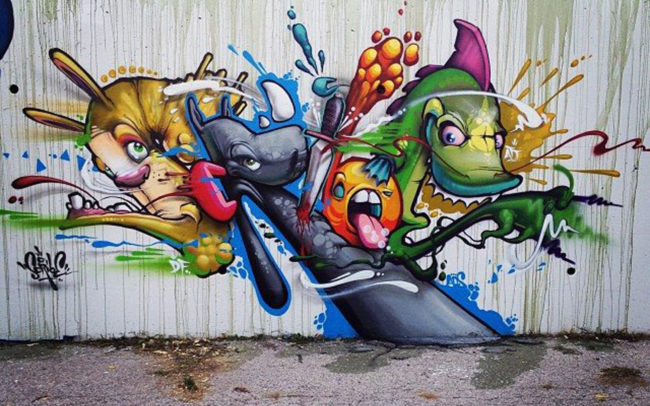 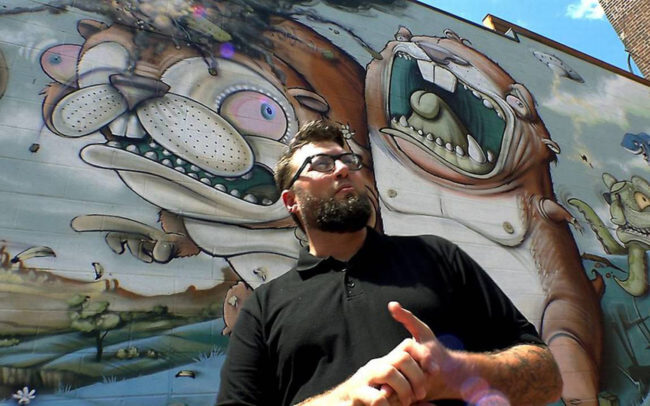 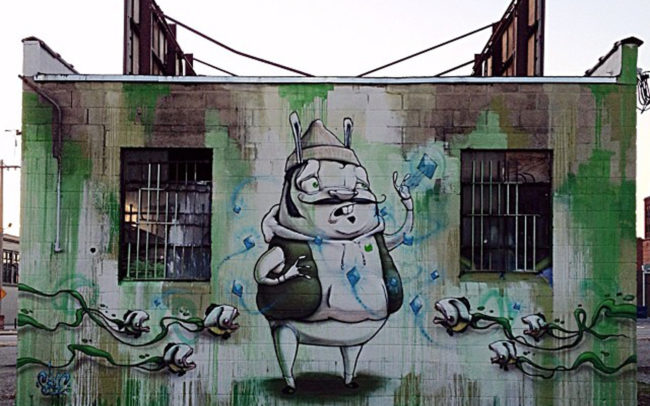 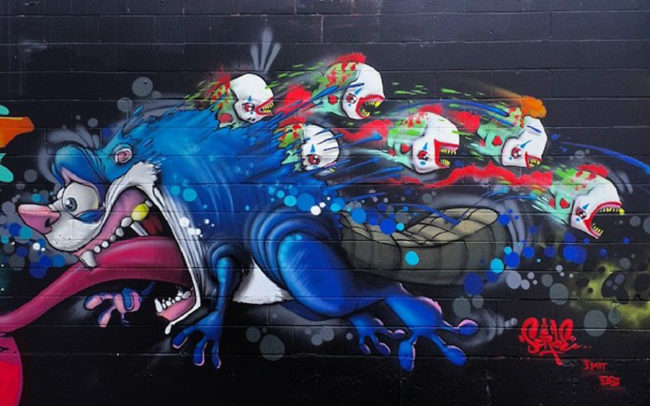 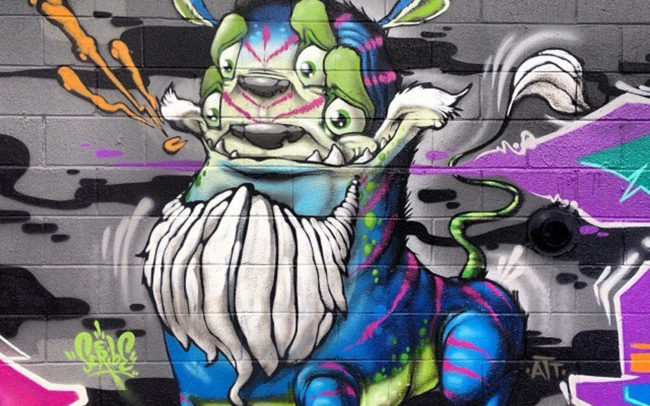 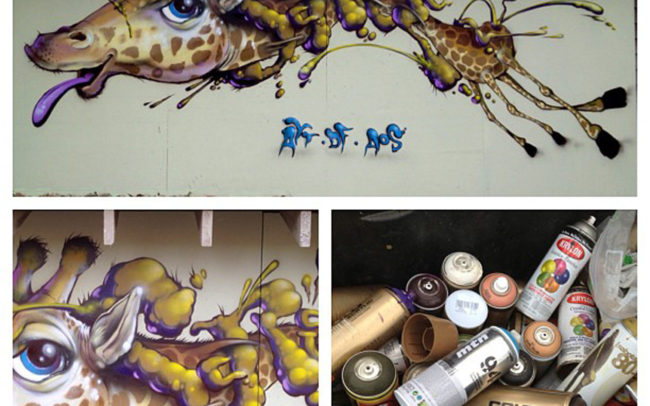 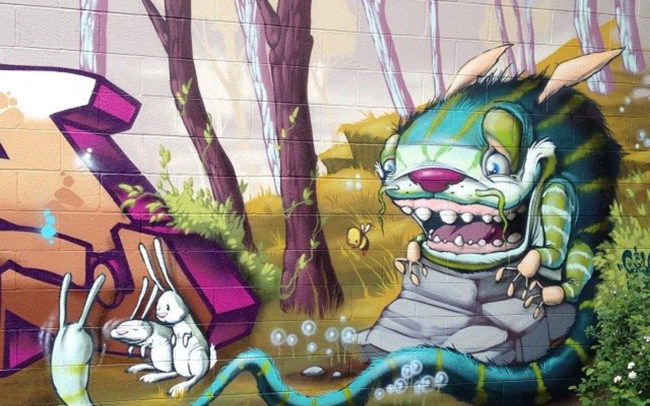 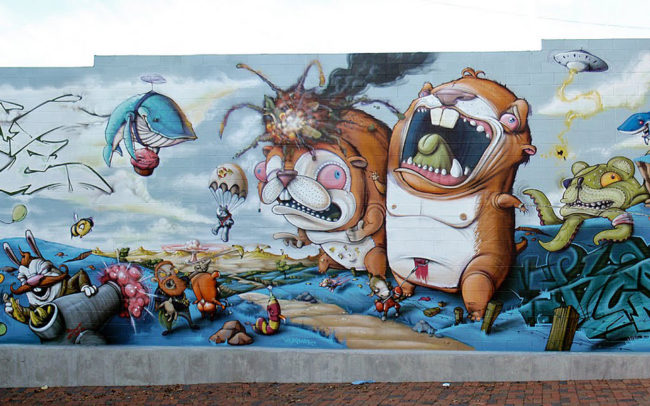 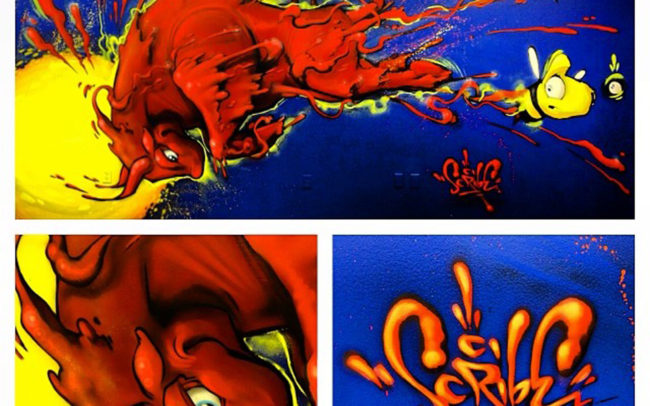 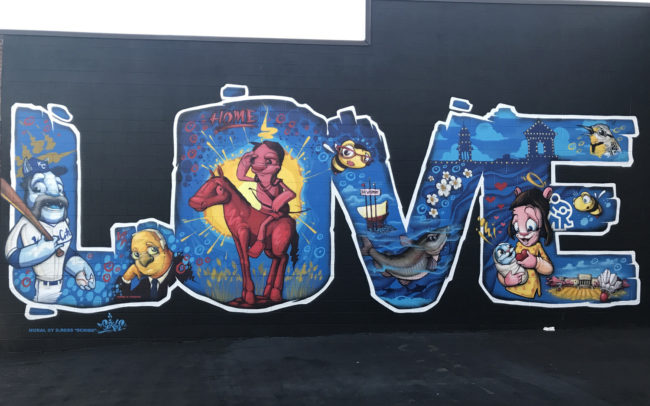 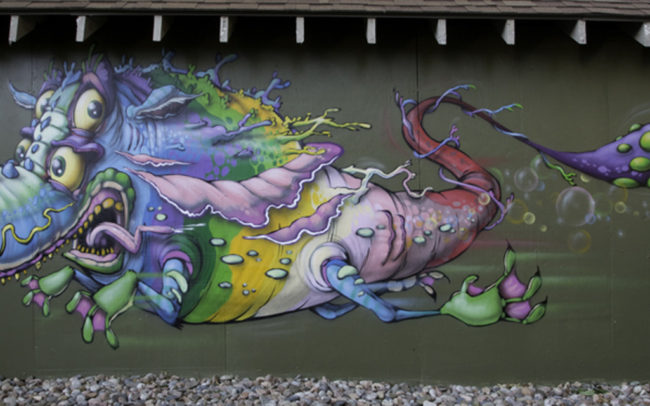 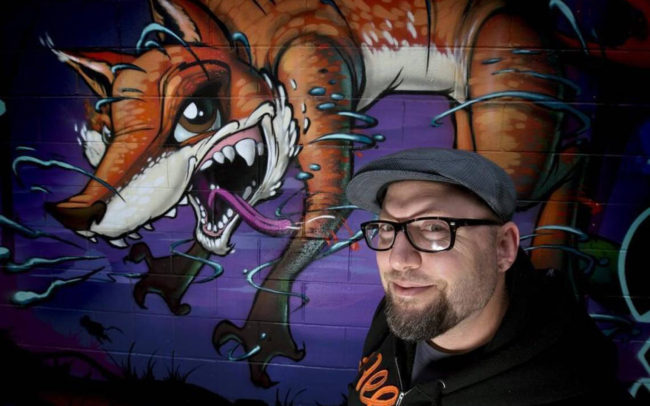 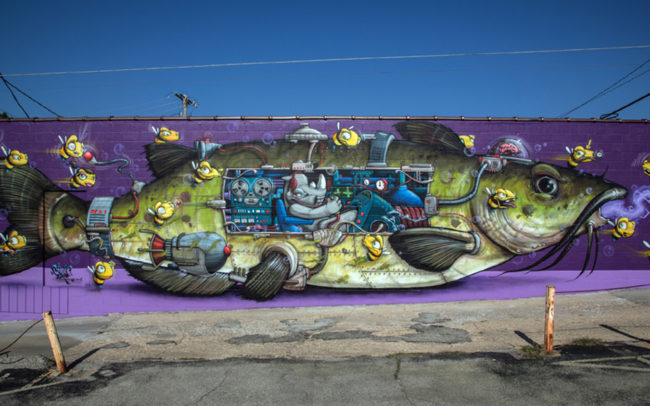 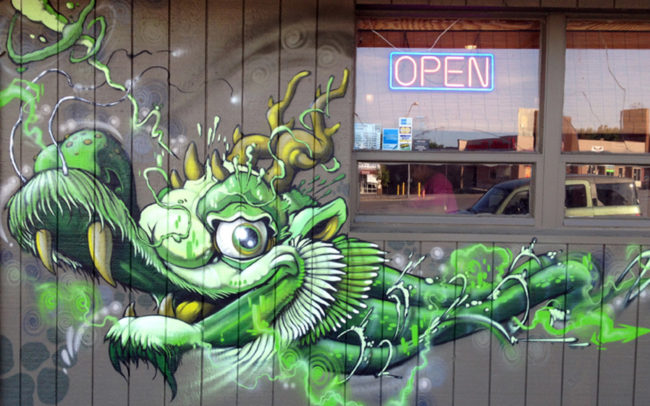 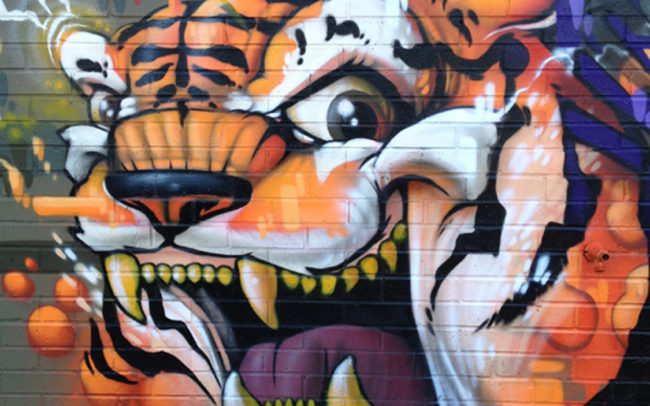 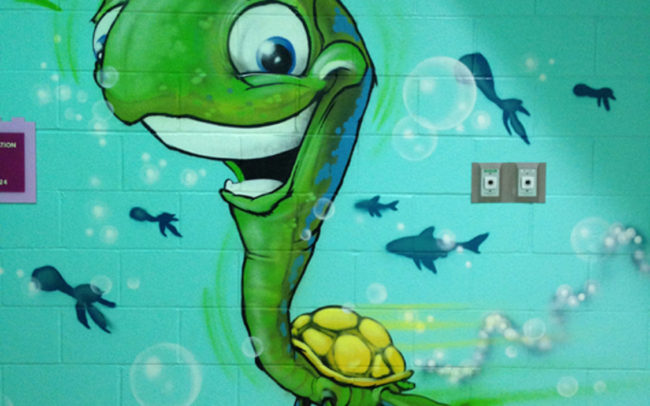 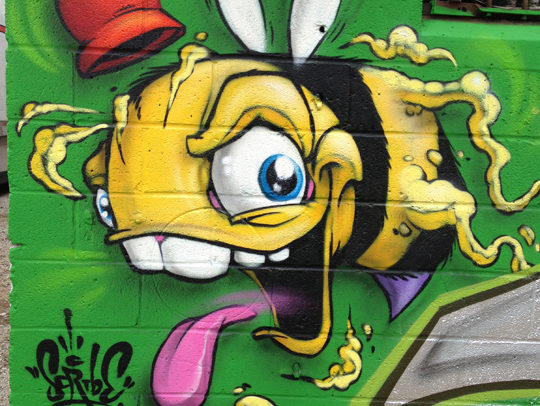 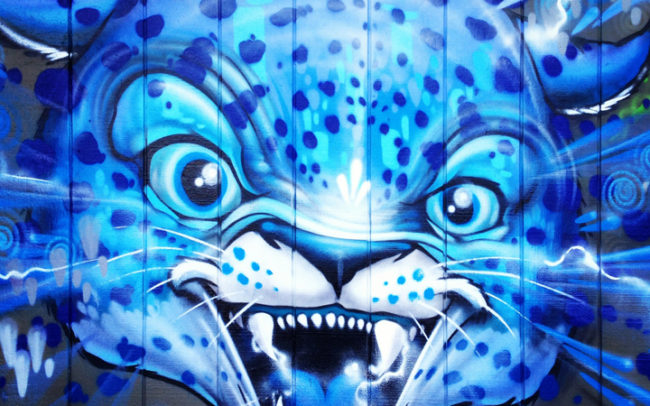