Sentrock is a Phoenix born, Chicago based muralist, street artist, and print maker. Birds and flight feature heavily in his work and he has created several distinct characters that revolve around those characteristics. He grew up with several of his family members behind bars which clearly factors into his works overarching theme of reaching higher and recognizing one’s own potential. He started doing graffiti as a teen and but his mother quickly encouraged him to channel that artistic drive into less risky avenues. 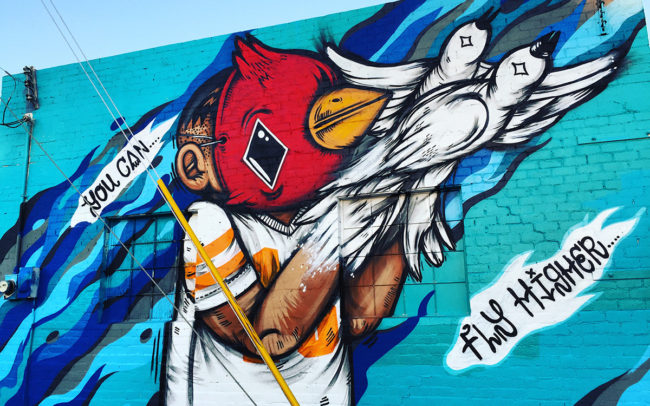 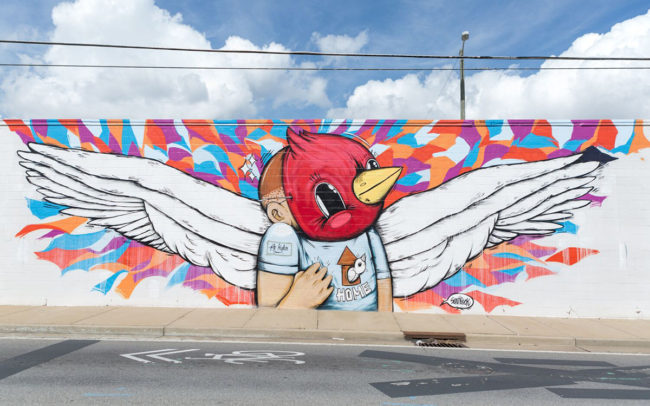 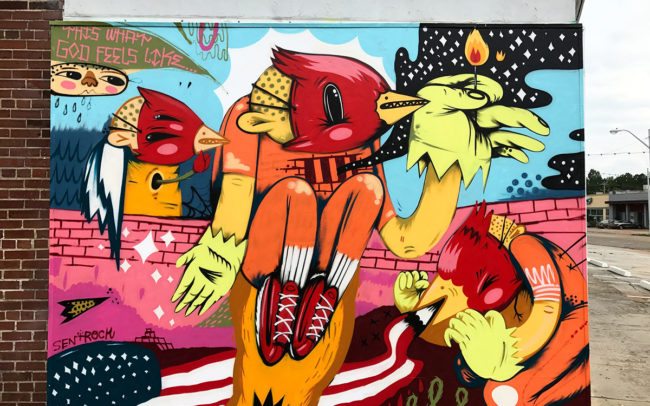 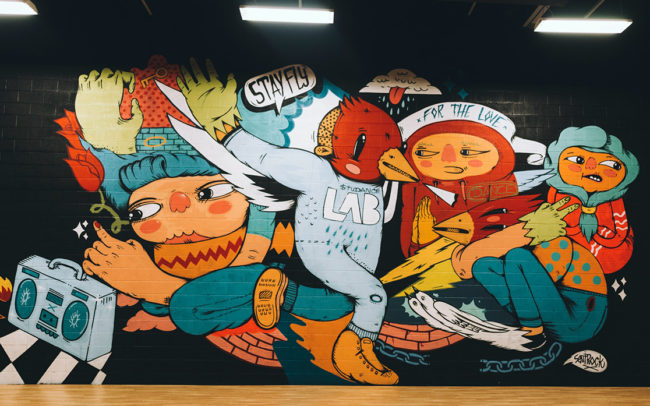 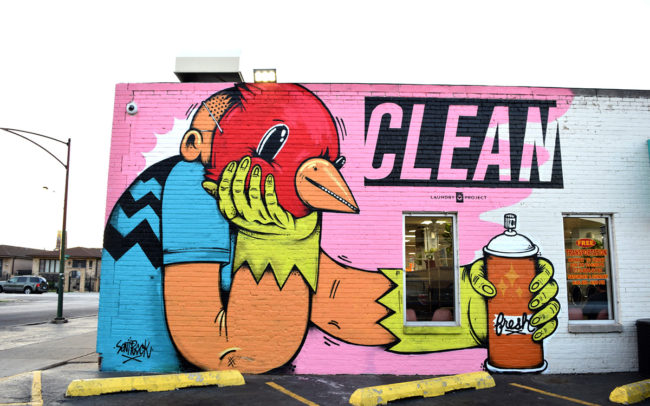