Raised on surf/skate art and comics, and influenced by the likes of Jim Phillips and Todd Mcfarlane, Steiner began spray painting walls during middle school in the 90’s. After traveling abroad and formal art training he returned to his street art and graffiti roots. He has lived and painted in San Francisco, New York and now resides in Los Angeles. His work is reminiscent of the Toxic Avenger it shows mans effect on nature and its manipulation of the environment. His work often has mutated beasts with multiple eyes, bright un-earthy colors and smoke ring cloud (pollution) backgrounds…. so the 3 eyed Simpsons fish is a good reference to sum it up…. an actual issue with a somewhat humorous delivery. 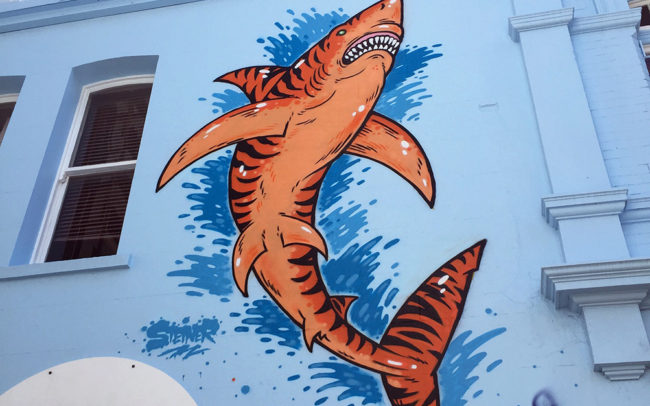 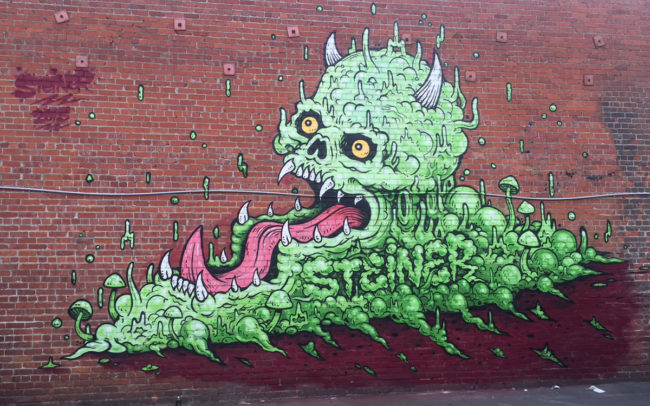 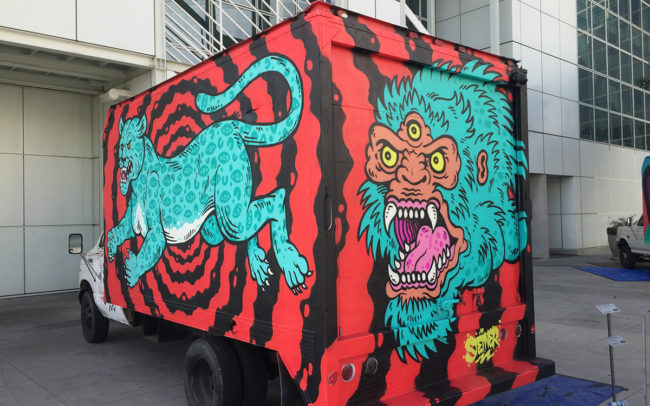 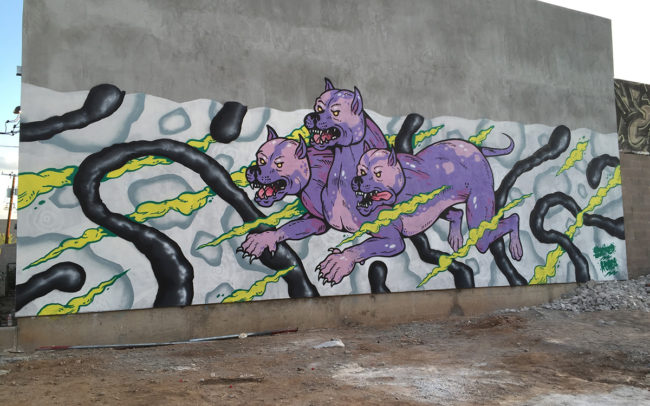 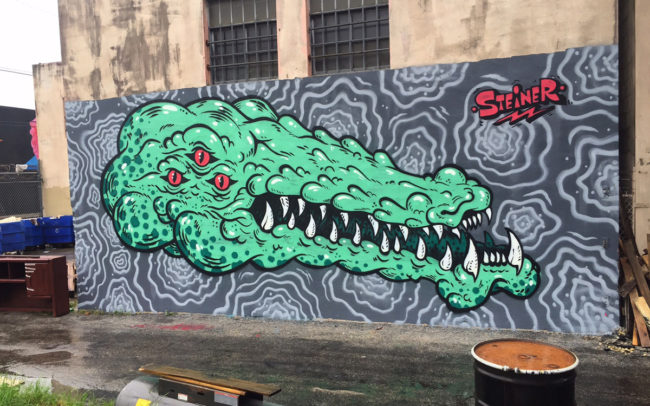 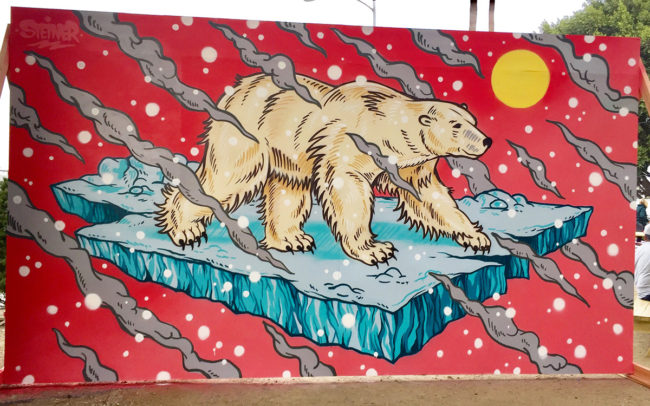 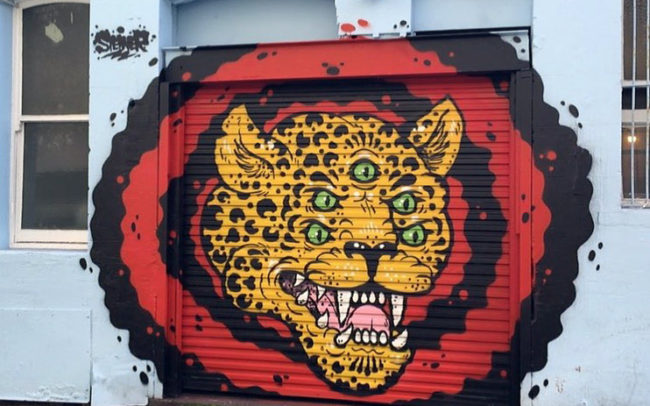