Sheryo is a Brooklyn based Singaporean visual/mural artist who started painting in the streets in 2005.  Her art seeks to investigate, analyze and document the human psyche and frustrations towards contemporary lifestyles and its mercurial nature. She works across mediums,from 2D paintings to 3D sculptures, installations and moving images. Her style, often referencing pulp illustrations, skateboard graphics and her unabashed affinity for kitsch, translate across as jovial, surreal imagery that speak to those who grew up admiring ’80s and ’90s skateboarding and surfing culture. She has exhibited and painted murals around the world with Yok.

Yok is an Australian born artist who grew up fuelled by Ren and Stimpy cartoons and skateboarding graphics which had a heavy influence on his style. After studying a bachelor of arts degree at Curtin University from 1997 – 1999, Yok had a yearning to see and do more elsewhere which saw him spend time and exhibit in places like Melbourne, Sydney, Bangkok, Hong Kong, Taiwan, Shanghai, New York, Tokyo and London. The Yok has been invited to many street art festivals around the world, most notable Miami Art Basel 2014 and 2015. In collaboration with Sheryo the Duo has had 2 successful shows at Krause Gallery, New York. The Yok has been voted by Complex Magazine, NY, “ Top 10 Street Artists to watch in 2013” His work has been featured in Scope NY and reviewed by the Huffington Post, Juxtapoz Magazine and Time Out Magazine. 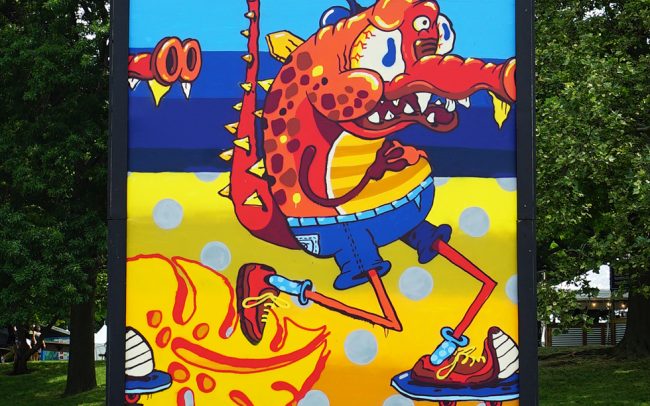 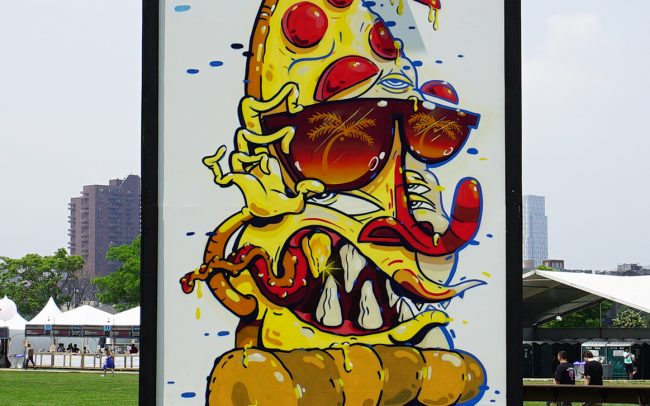 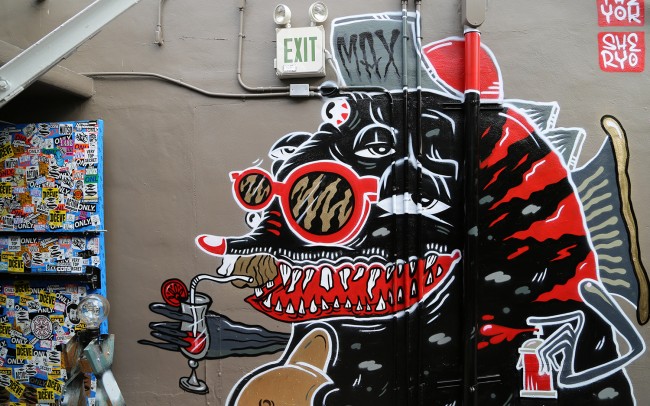 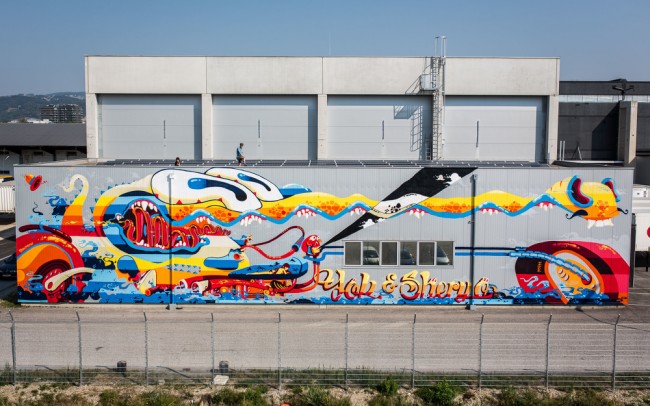 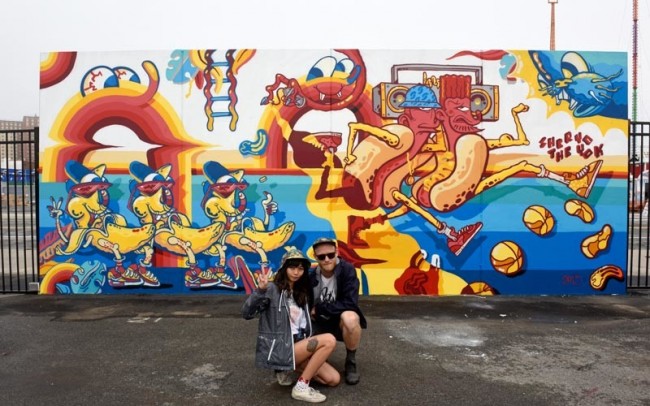 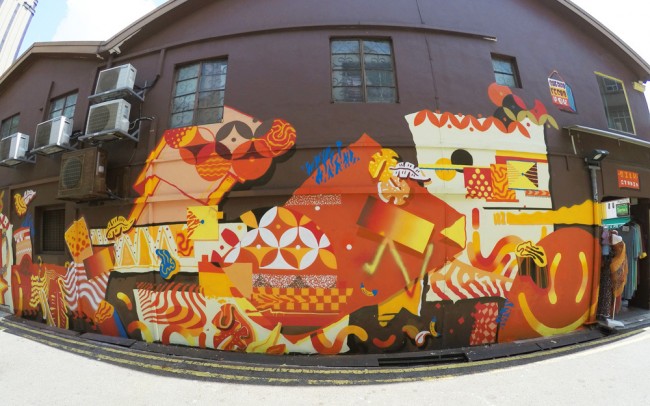 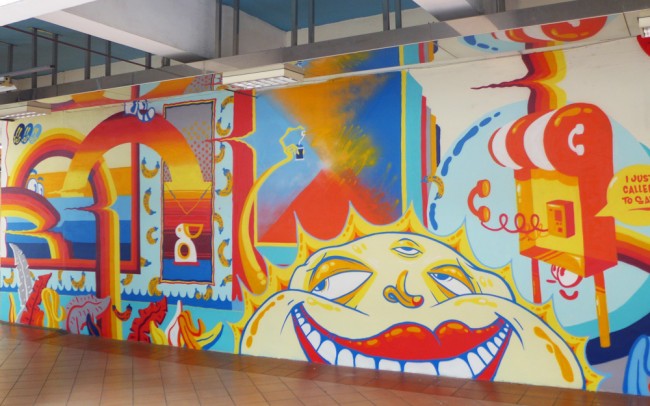 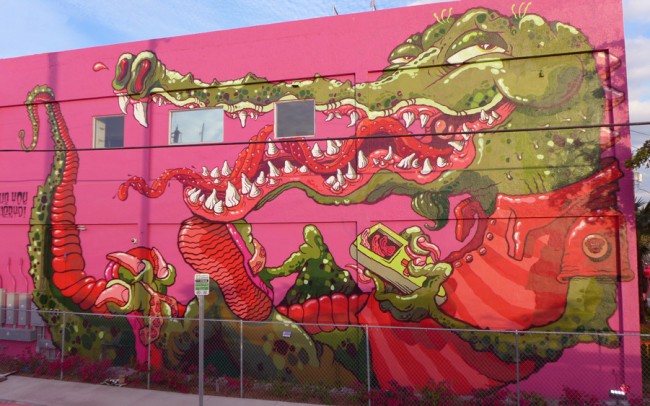 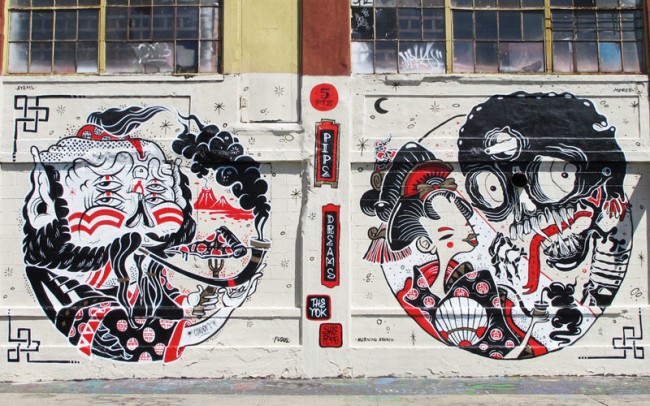 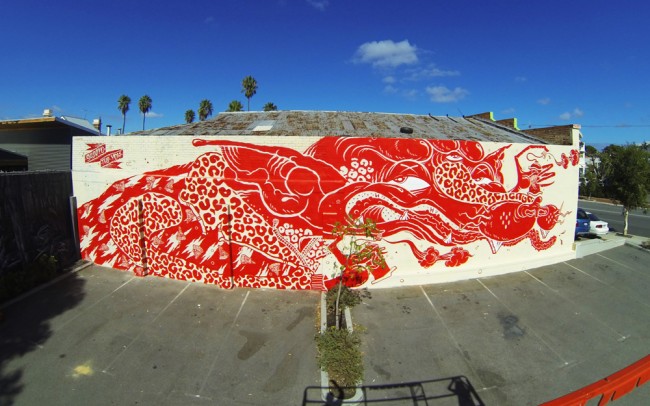 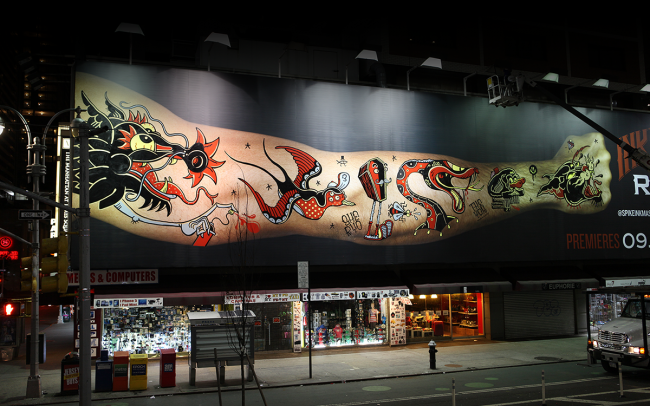