Raised in Arizona by artistic parents, Tuke moved to denver in 1991 to go to art school where he encountered other writers and quickly took to graffiti style. He was involved with many of the early writers in the city there and had a definite impact on how the scene evolved. A big part of this was meeting other talented people from other cities and being influenced by what was going on there. Some of those people are current crew members and friends like Emit, Sub, and Scribe. While painting in denver throughout the years Tuke has also traveled to many other cities to paint in jams or do commercial jobs. This past year he worked in Alaska, Texas, California, South Dakota, and Missouri. He is familiar with the process of working with clients in a professional manner and versatile in the styles he paints. He is good at solving problems and working with others.

Born into an artistic family in Arizona, Tuke began exploring creativity at an early age. Blessed by an incredibly talented high school art teacher he began refining a style that he continued to develop at the Art Institutes in Denver. This was also where he encountered graffiti for the first time, through classmates that introduced him to the style. He was already exploring elements of this style yet didn’t realize the correlation.. bright vivid colors, typography, paint drips and splatters. Through a close knit scene of people in the early 90s, he helped to evolve the scene in denver.

As well as doing graffiti themed murals Tuke also works on canvas, digitally, and has been experimenting with installations creating multi sensory interactive environments. He has been working as a self employed artist in Denver for many years now. In the last 2 years he has travelled to do commission work in several other cities, including Anchorage, Dallas, and Kansas City. 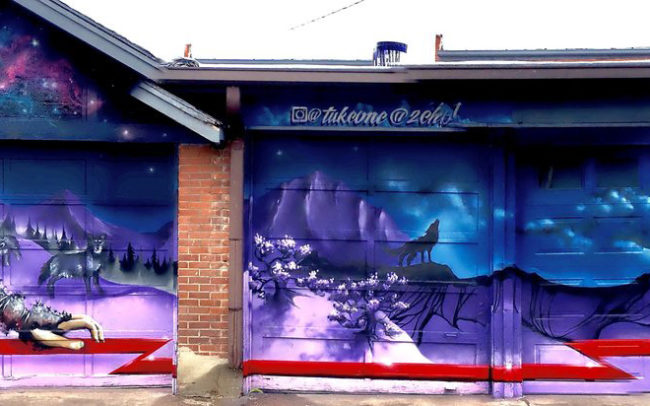 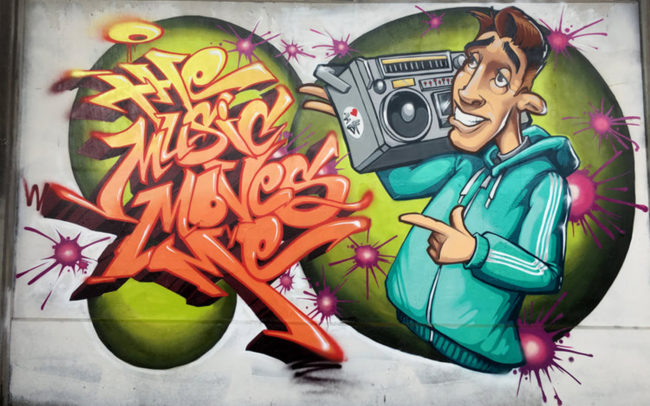 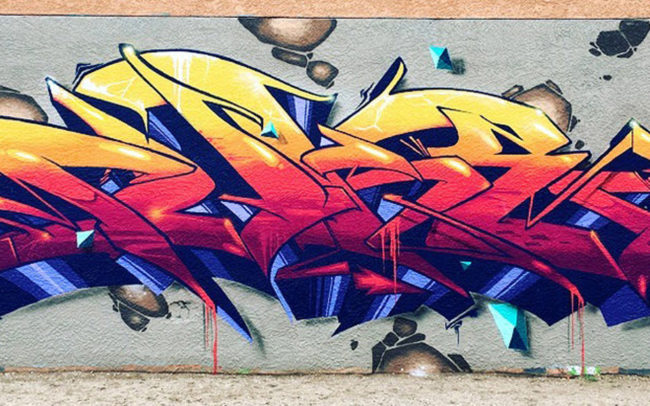 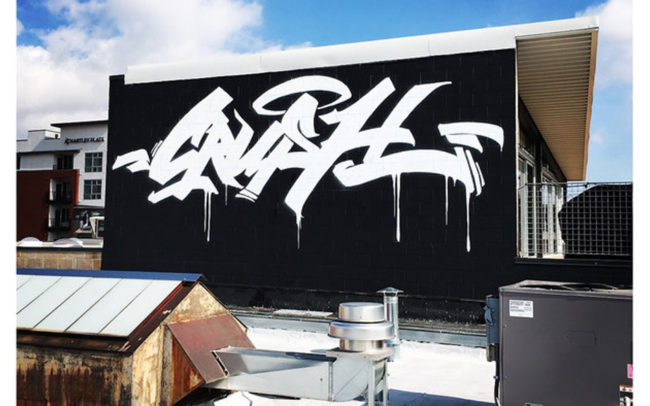 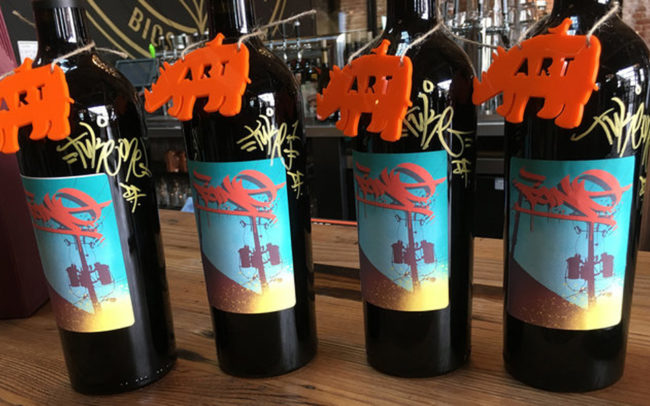 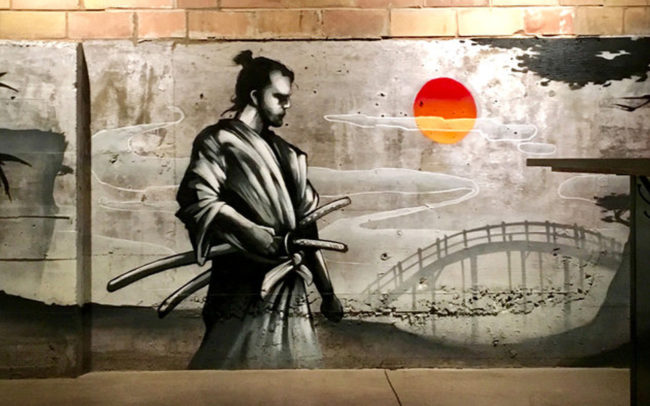 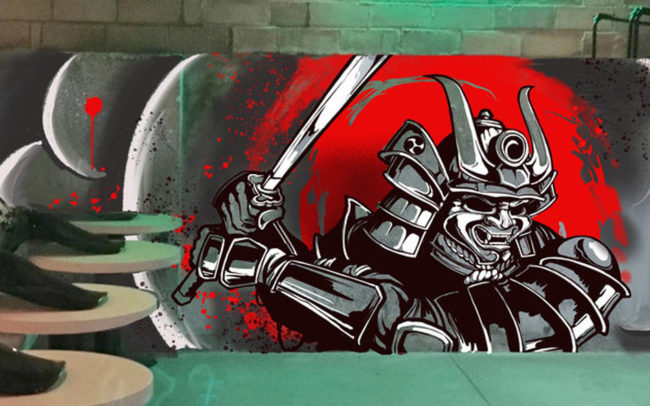 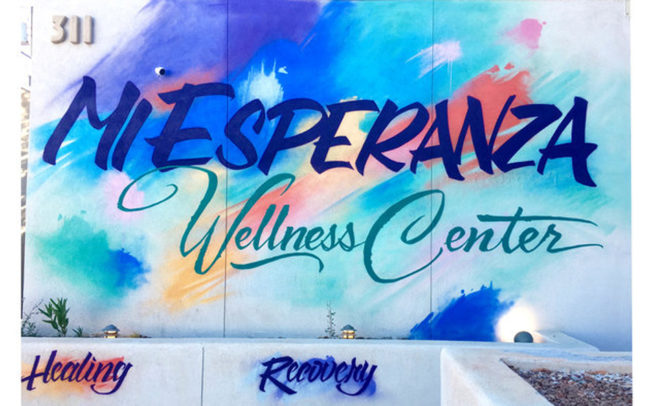 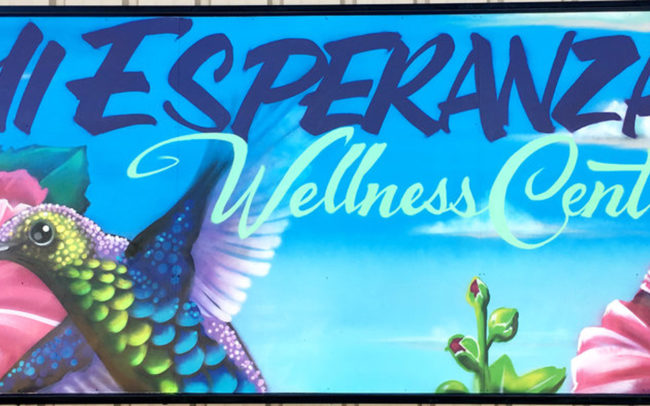 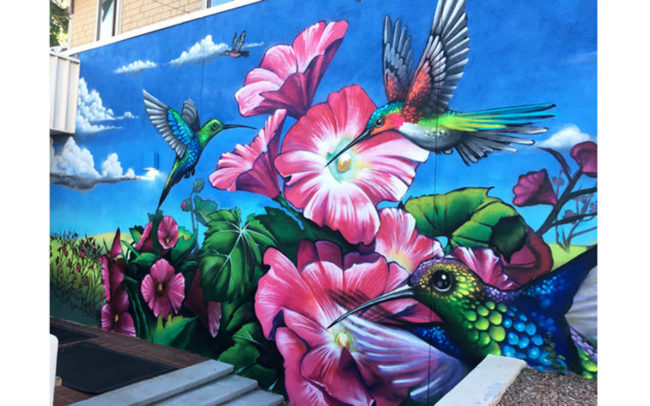 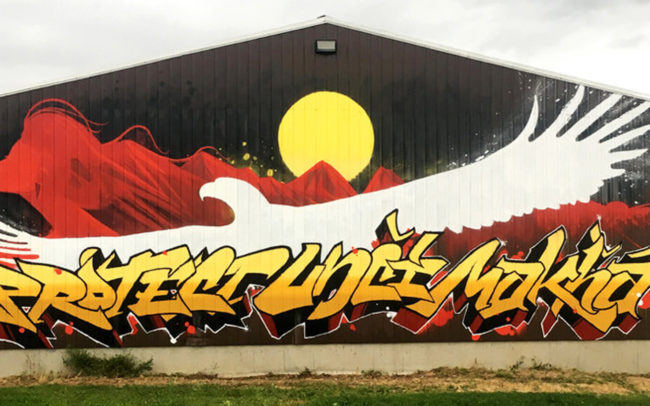 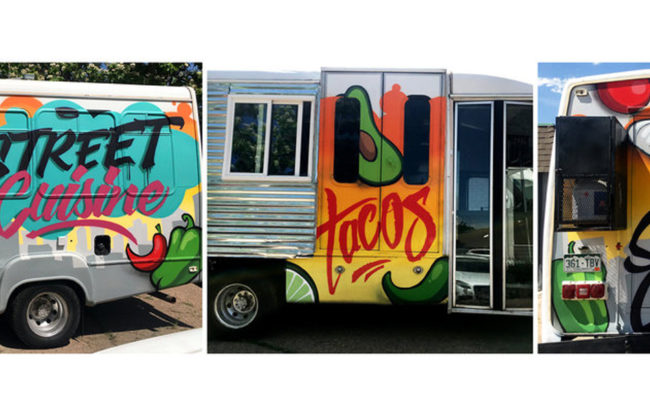 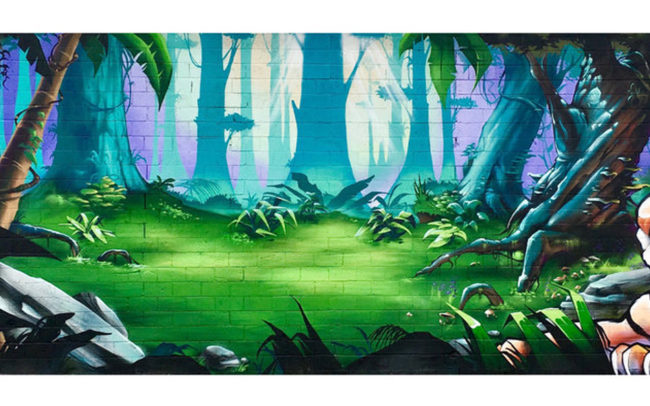 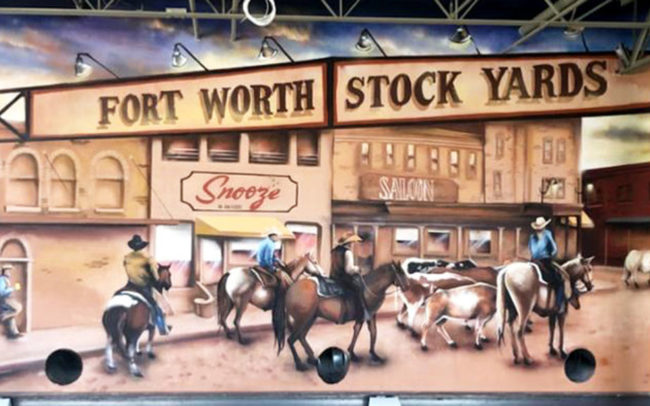 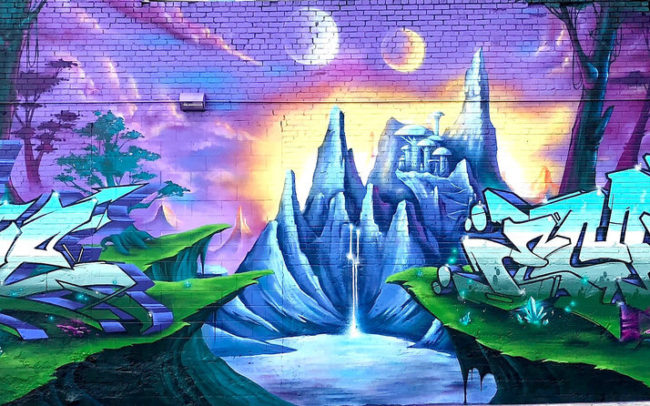 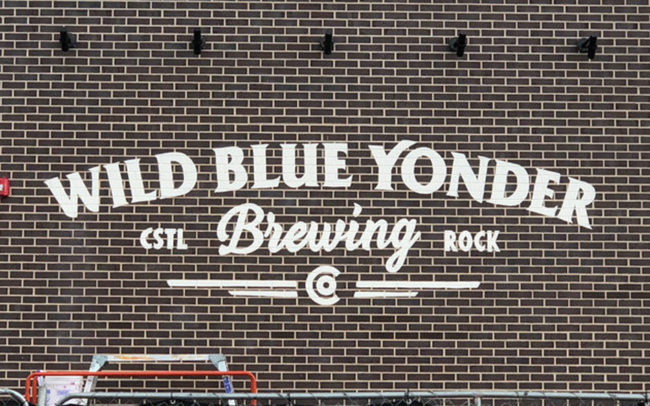 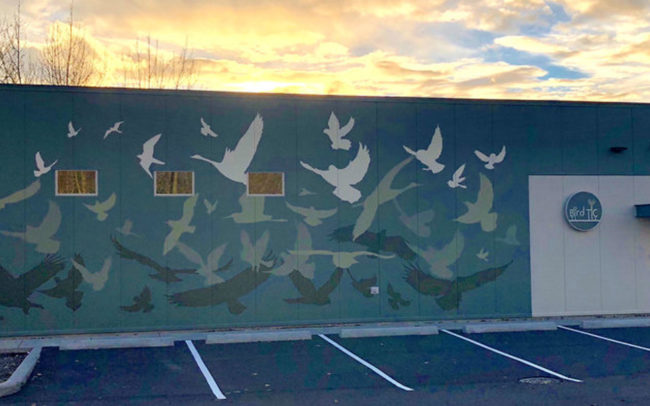 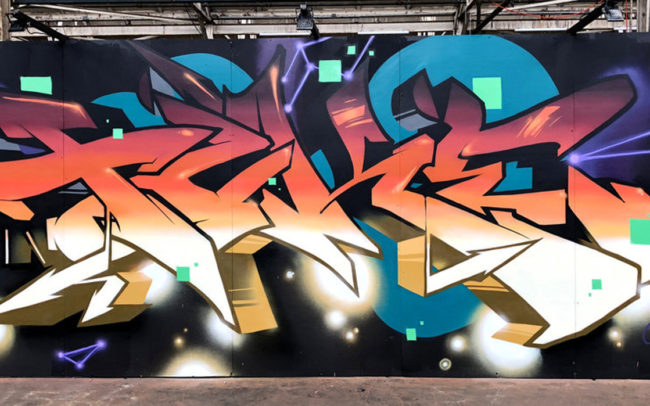 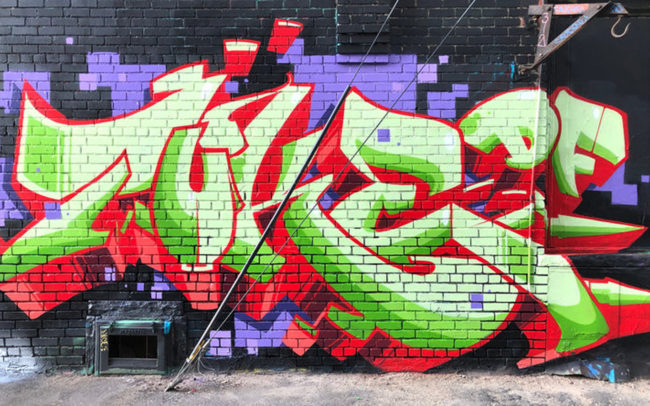 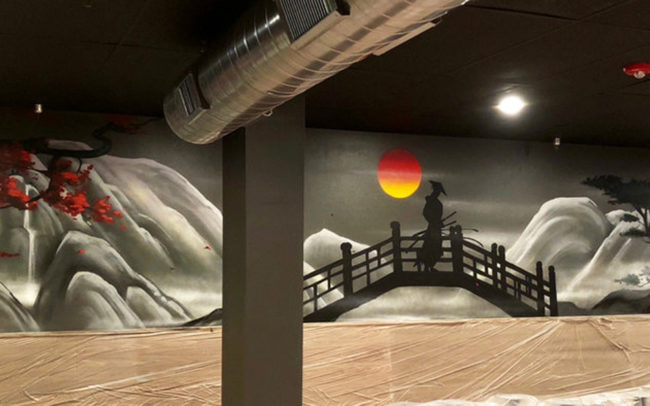 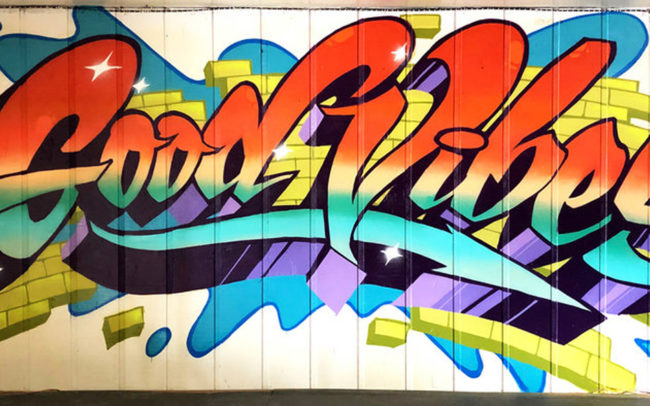 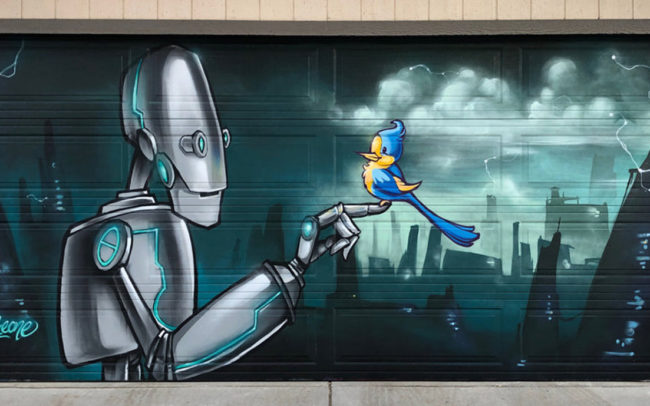 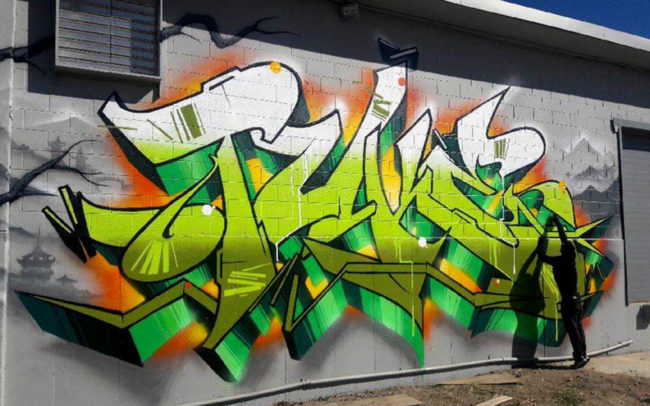