Norm “Vogue” Chuck is an influential figure in the Bay Area street art scene. In the 80’s he pioneered hyperrealism spray can techniques that have inspired younger urban artists worldwide to perfect their style and typography. Vogue’s photo-realistic work with spray paint has raised the bar for urban artists worldwide. He gained notoriety as the first spray can artist to paint realistic portraits in silver and black on walls. His work gained national recognition after winning 1st place in the 2009 Estria Battle. He returned to the battle in 2011 as one of its judges. His technique has grown to be the foundation of his airbrush business, “Vogue Graphics”, in San Leandro, CA where he airbrushes choppers, classic low riders and muscle cars.” He is one of the lead organizers of the famous Bay Area Pubic Art Collectives, TDK. 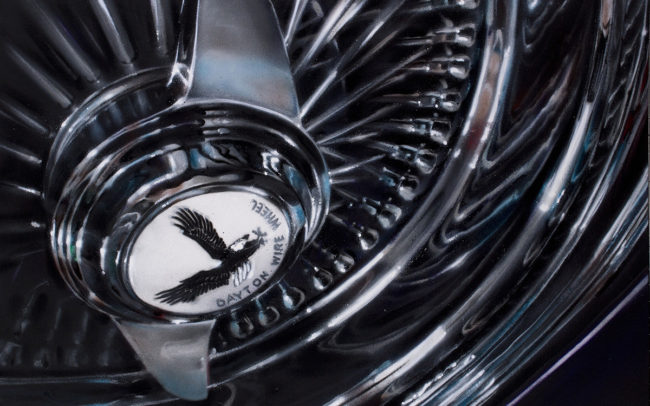 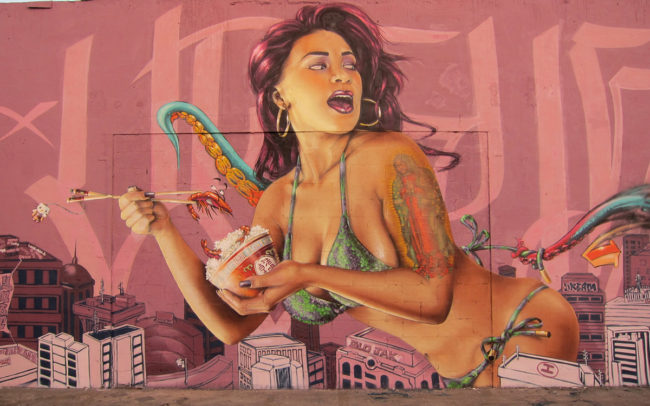 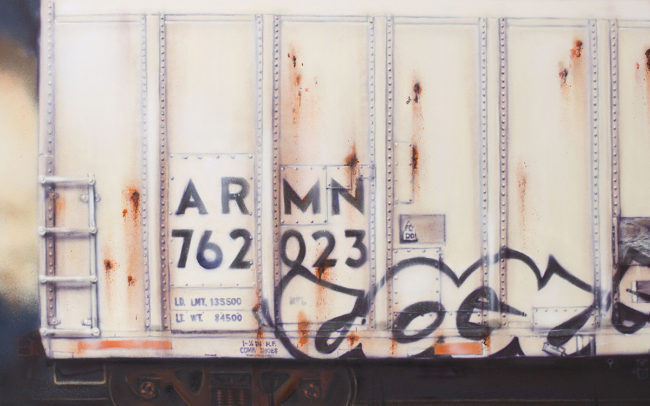 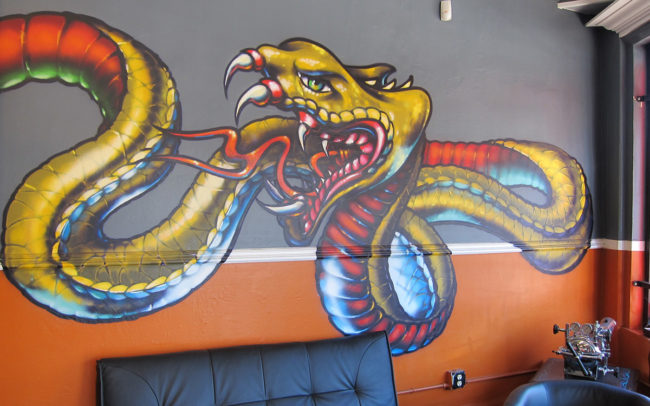 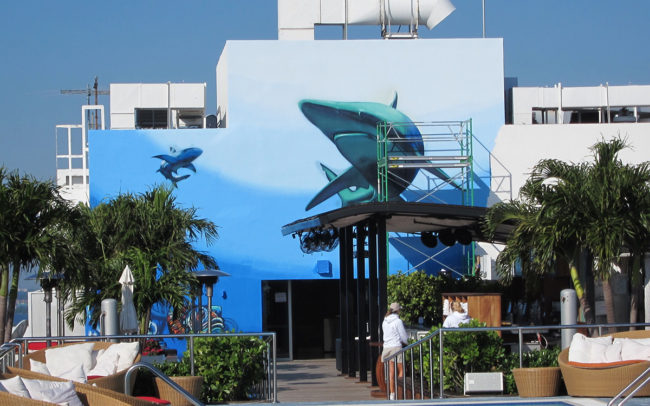 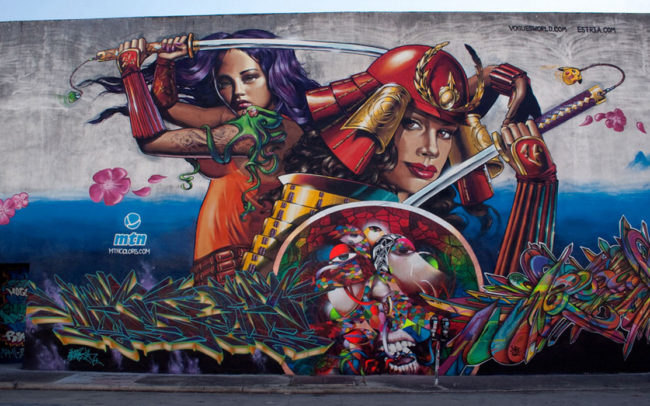 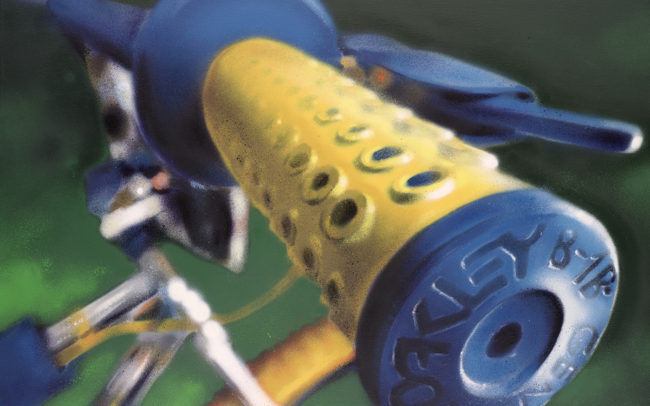 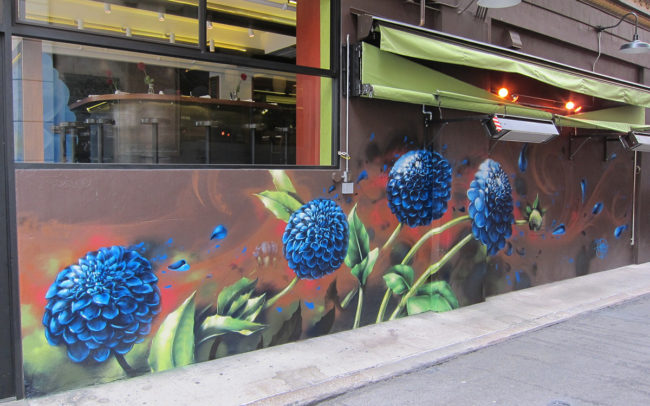 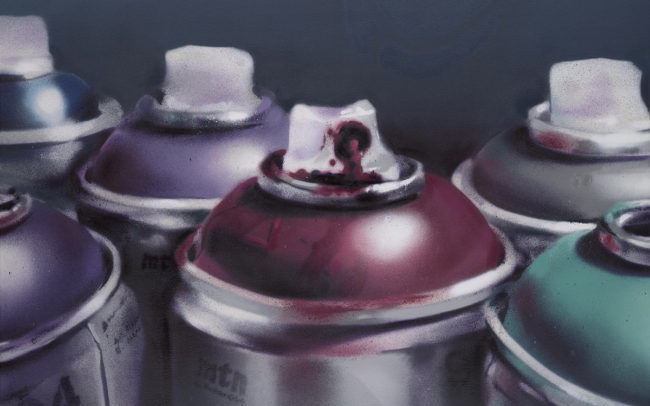 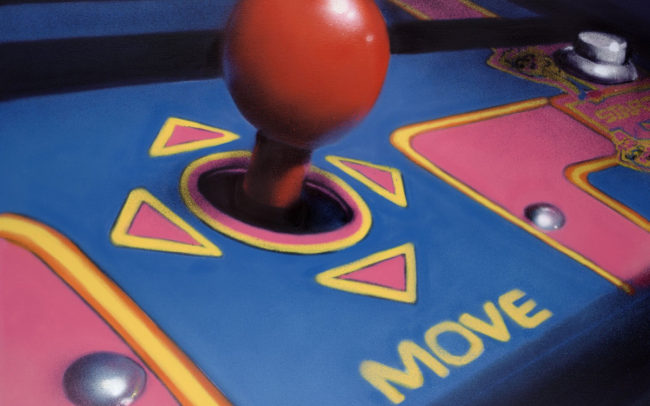 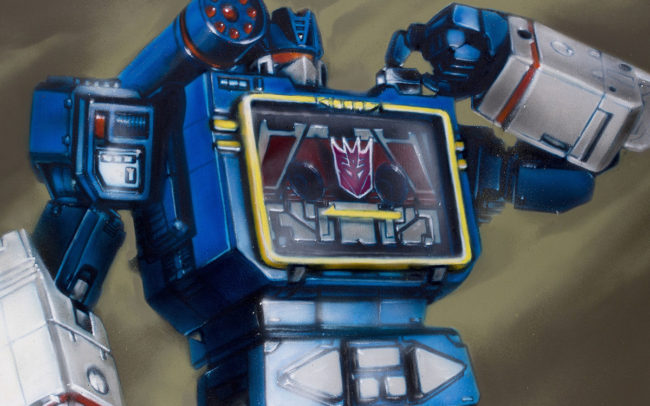