Raised in Kentucky, Wasp has been surrounded by a southern culture built on bourbon, sports and the bluegrass lifestyle.  Being influenced by graffiti from a young age he discovered a creative outlet that was not taught in school nor a common practice by his peers.  He taught himself through finding magazines, dvd’s, graffiti forums, and exploring the lesser traveled areas of his city.  Being centrally located in Louisville, Wasp was exposed to the ever evolving railroad and quickly gravitated to the subculture. 10 + years later he is nationally recognized as his body of work continues to grow.

Wasp’s style can be described as a neo traditional take on graffiti, using the basics of strong shapes and colors to define his letters, while still embracing the primary equation of a graffiti piece.  Through layering techniques using spray paint and an assortment of acrylic paints his work gives off a bold and fun presence with a lot of textures and line work to find.  In 2016 he started taking his ideas to studio work and began his journey as a gallery and mural artist.  Reducing the graffiti to just squares and geometric shapes, he is transitioning the pieces to explore the relationship between what is considered art in comparison to graffiti. 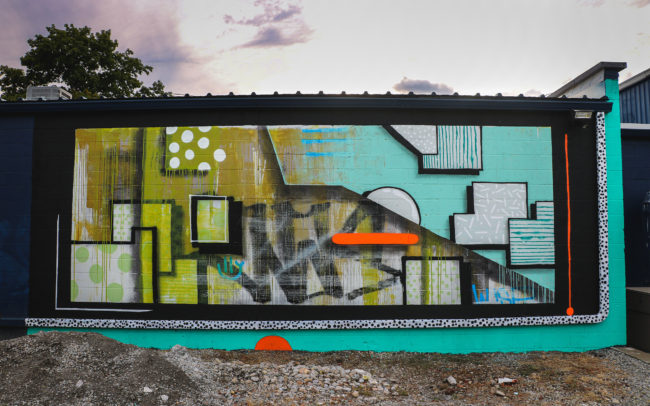 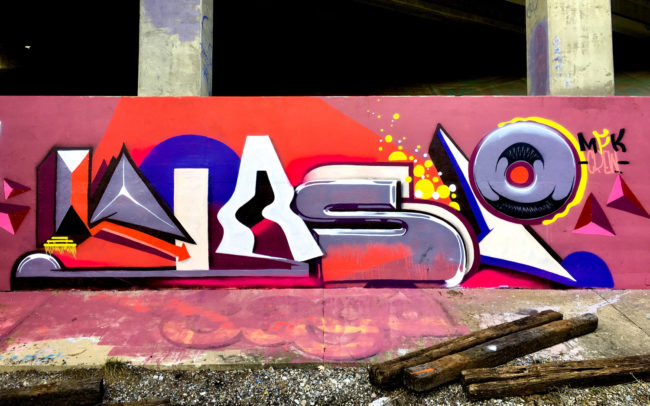 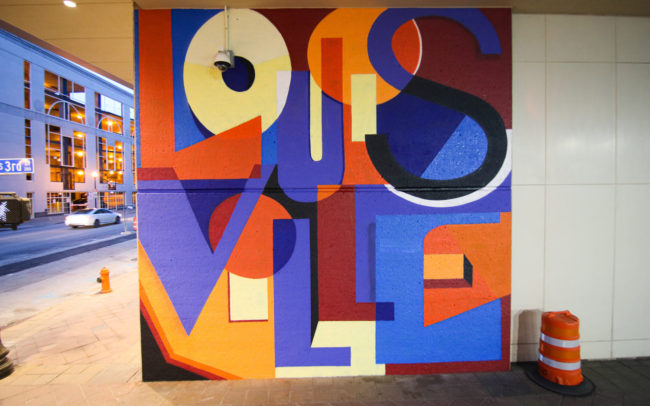 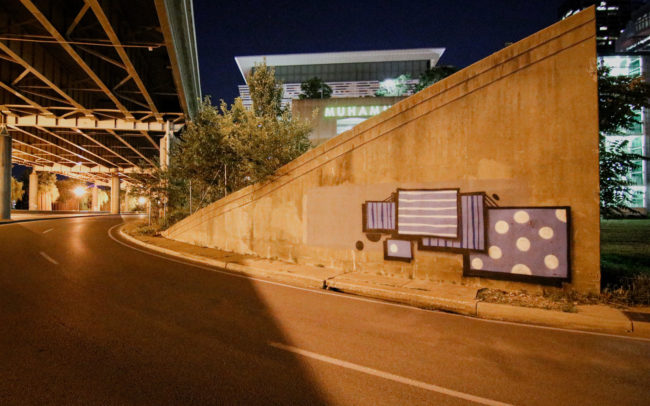 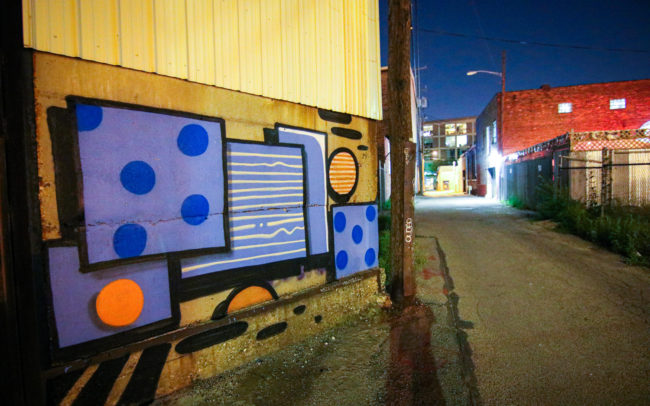 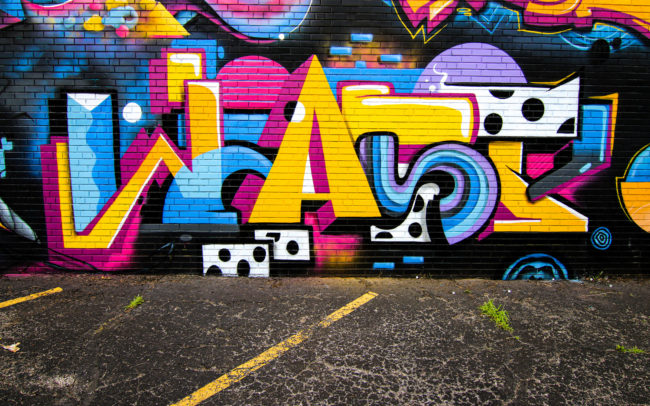 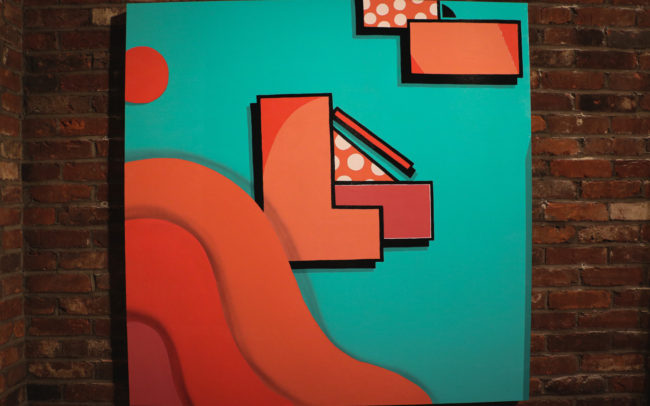 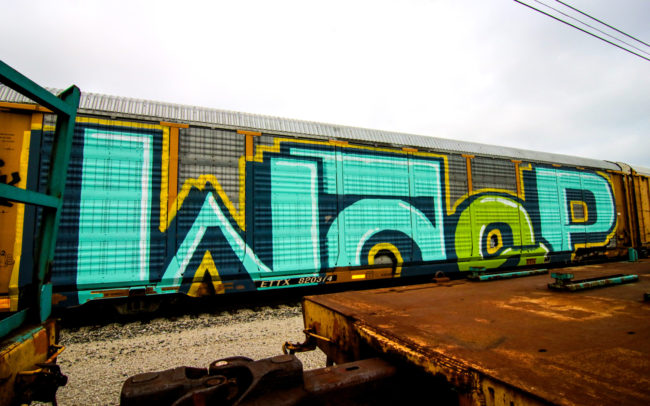 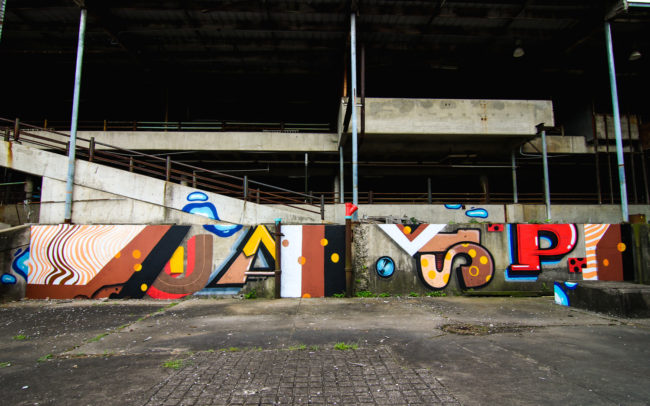 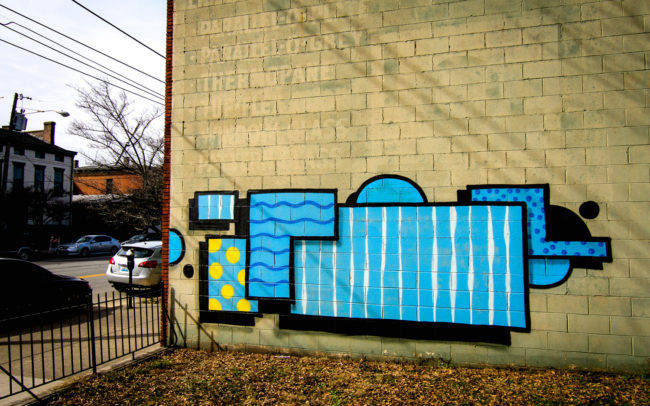 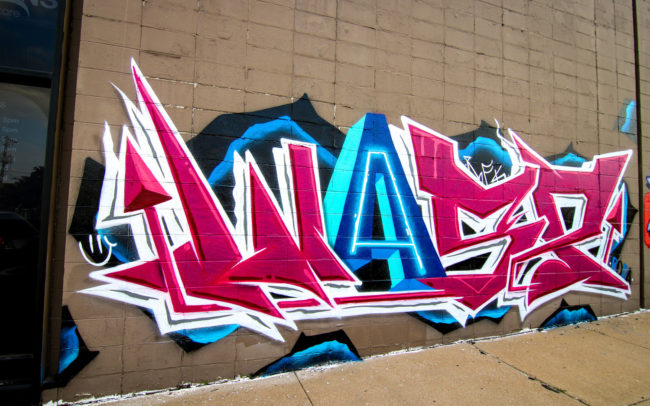 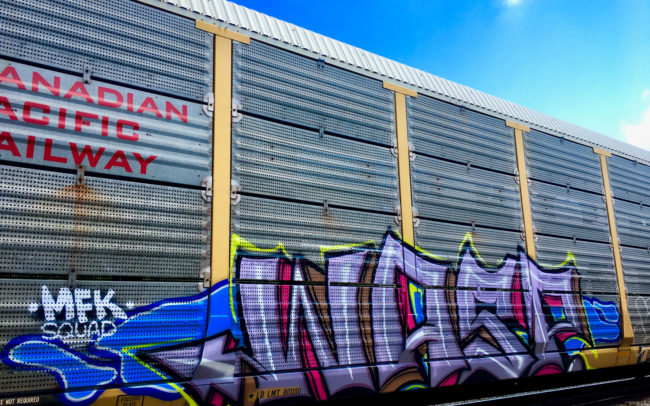 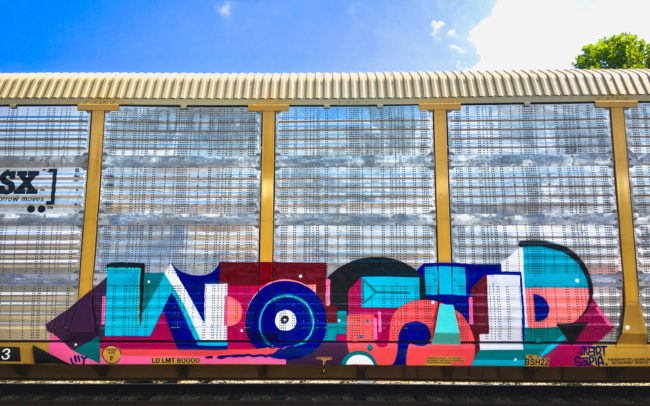 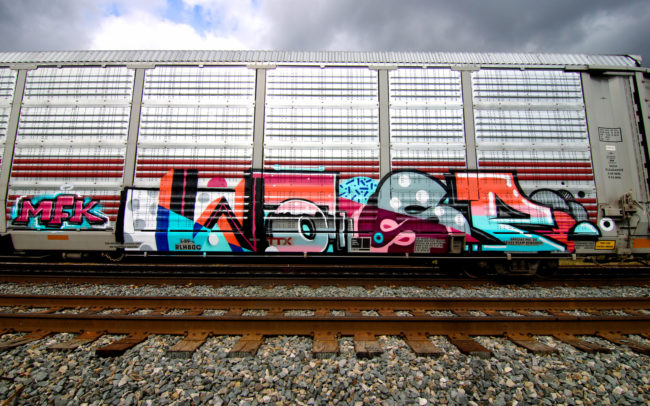 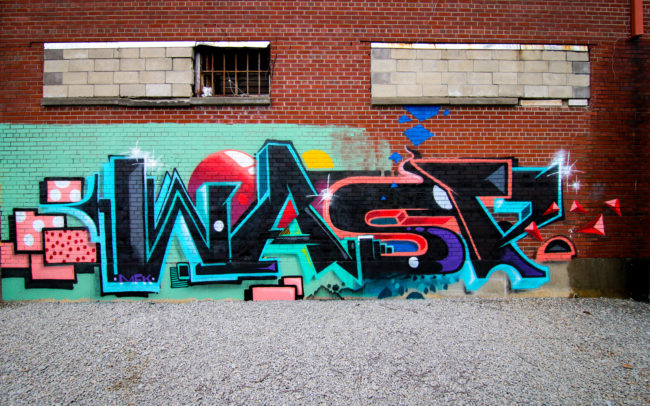 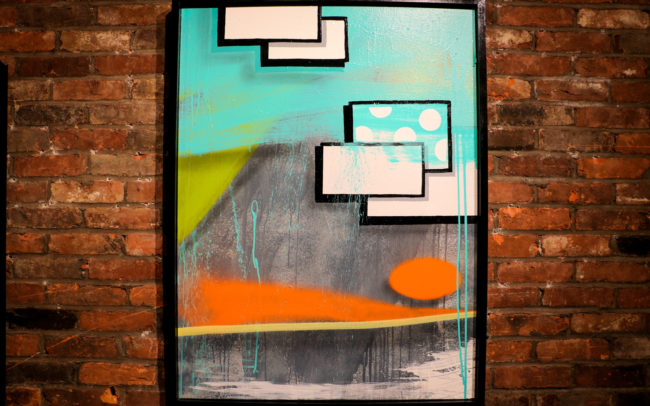 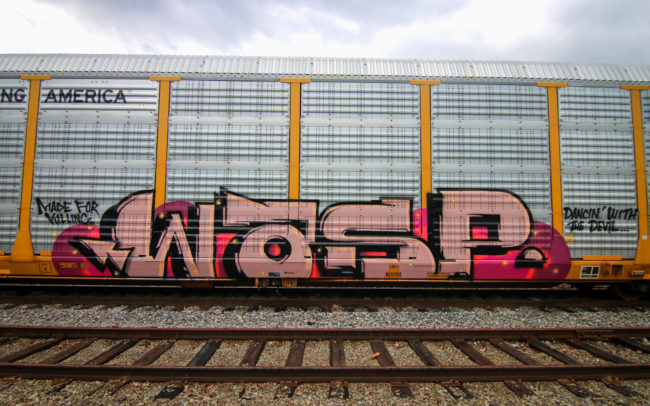