Originally from the Detroit area, Zach Yarrington moved west to receive his BFA in Digital Arts from the University of Oregon. He now splits home base between Portland, Oregon and Detroit, Michigan as an independent graphic artist. His typographic catch-phrases can be seen illustrated on walls across the World. Influenced by traditional American sign writing culture, turn of the century aesthetics and the infiniteness of space, his bold captions engage passersby in uplifting visual conversations. Zach likes to make larger scale works that are making the places we live better places to be. 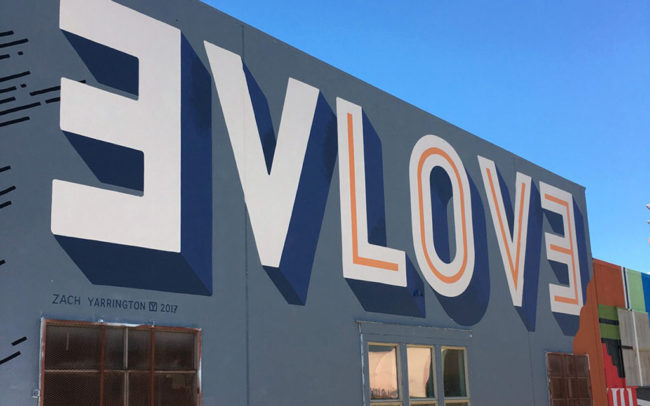 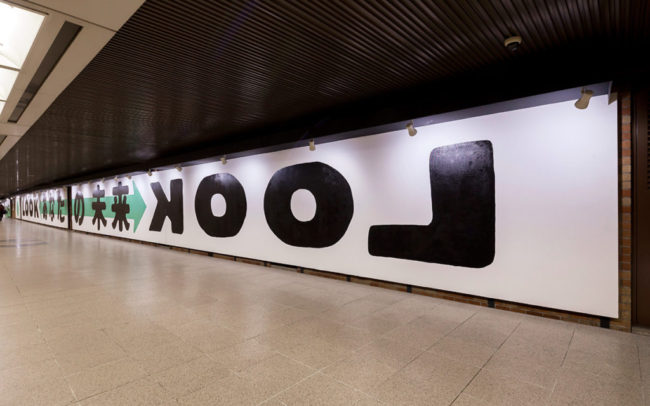 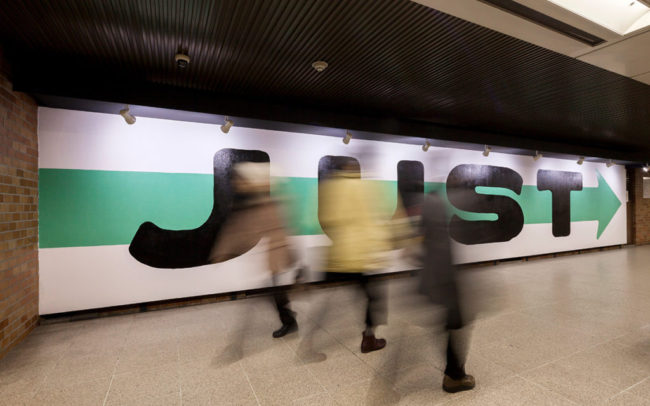 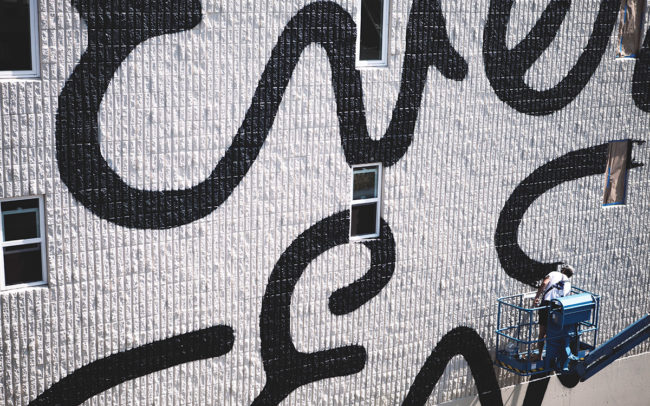 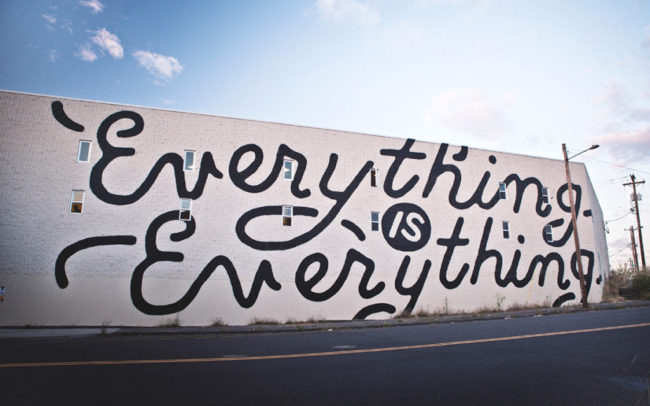 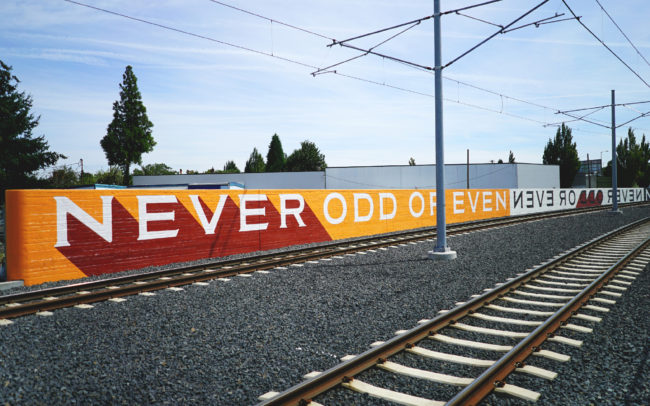